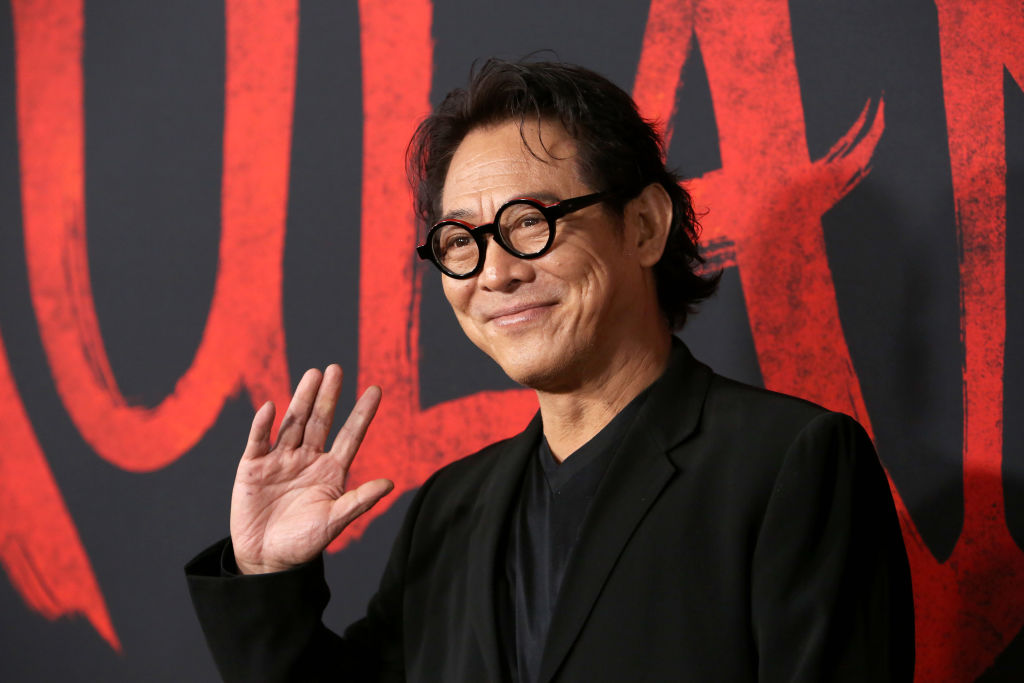 Jet Li sets the record straight after his decision to take a break from the spotlight sparked alarming rumors about his health.

After four years, Li came back on the big screen by playing the role of the mighty Emperor in Disney's "Mulan."

His participation in the live adaptation became a hot topic since he shot his last action movie "League of Gods" in 2016.

Li did not only make a massive return, but he also went on public to reveal the truth about the rumors surrounding his health.

In his previous interview with USA Today, the actor laughed off the talks and assured everyone that he is completely fine.

"I have no problem. Because I'm not making a lot of movies, other people think I'm sick. I just smile, I don't care," he said. "I'm always pretty healthy. But people want to make an excuse, saying, 'Why doesn't he make a movie, because he has a problem?' OK, fine, that's what you think, I'm still good."

His sudden break from films shocked his fans since the martial arts legend is a staple on several action films, such as the "Expendables" franchise, "Romeo Must Die" and "Lethal Weapon 4."

Li debunked the gossips about his health though and said that he is just picky about his film roles.

Per the 57-year-old star, he agreed to join the cast of "Mulan," alongside Donnie Yen and Yifei Liu, since his daughters love the original 1998 animated film so much.

This time, instead of action-packed scenes, he played the role of an Emperor who mostly sits on the film's most dramatic location. Director Niki Caro reportedly wanted him to harness his inner power instead and control the kingdom.

"In this film, my character doesn't have a lot of action moves," jet Li said. "She said, 'You're not Jet Li, you're the king. Just sit there and control everything.' There are no emotions on my face."

Where Did the Rumors Start?

Jet Li sparked concerns about his health after a fan shared an alleged photo of him looking sicker than ever.

In the viral photo posted on Twitter, the actor looked frail and unwell. Although Li remained silent at that time, his manager stood up to ease the fans' worries.

According to Steven Chasman at the time, the action star was "completely fine" despite the alarming talks online. He also called the online discussion "much ado about nothing."

"We appreciate everyone's concern. But Jet is completely fine," the manager said. "There's nothing wrong with him. There's no life-threatening illness. He's in great shape."

Meanwhile, South China Morning Post put fuel to the fire even more after publishing an article with a headline: "Is this the same Jet Li we all know? Martial arts legend battles illness and injuries as fans express shock."

Although Jet Li showed himself now to prove that he is alright and healthy, it is worth noting that the actor faced some health issues in the past years.

In 2004, Li suffered from a foot injury after protecting his daughter from the tsunami waves that flooded his hotel in Maldives. Though it was a near-death experience, Jet Li said that the event inspired him to dedicate himself more to charity works with his One Foundation.

In 2010, when he appeared as martial arts specialist Yin Yang in the action-filled flick "The Expendables," he was diagnosed with hyperthyroidism.

READ MORE: 'Mulan' Yay or Nay? What Critics Have Said About the Disney Flick So Far