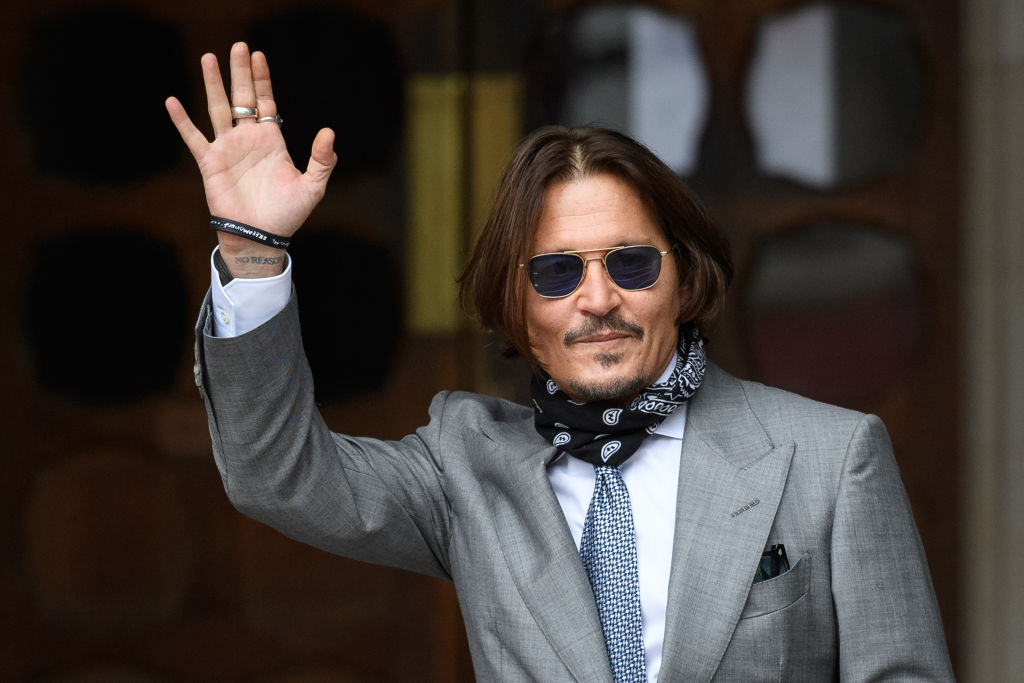 Fans of Johnny Depp have grown worried that the former Hollywood elite will no longer have a career after his court battles against Amber Heard.

When different tabloids labeled Depp as a "wife-beater," fans of the "Harry Potter" franchise were outraged that he would be joining "Fantastic Beasts."

However, with the battles progressing, many people are headed to Depp's side instead of Heard's. This could even mean more for Johnny Depp.

According to The Mother of All Nerds, Warner Bros is interested in developing a TV series from the "Harry Potter" universe.

The initial plan was to create original content for "HBO Max," and the founder of Knight Edge Media, Caleb Williams, seemed to have suggested that Grindelwald could be a candidate to star on his very own show judging by his tweet.

Warner Bros are keen to keep on milking the property by developing different TV shows set in the "Harry Potter" universe.

Johnny Depp plays Gellert Grindelwald in the "Harry Potter" world. He was a wizard considered to be the "second most powerful and dangerous Dark Wizards," next to Lord Voldemort.

He once had the elder wand, while Voldemort had the Horcruxes. According to fans of the "Harry Potter" series, Grindelwald is considered more powerful than the Dark Lord.

At around 115 years old, he was killed by Voldemort so he could obtain the Elder Wand.

If Johnny Depp's series would happen, many franchise fans will be thrilled as Gellert Grindelwald is a complex character and a lot of people want to know more about him.

Though it's also possible that instead of Grindelwald, they may create a Dumbledore series.

Johnny Depp hasn't also played a significant role on the small screen since his run ended 30 years ago for "21 Jump Street," though recent reports have suggested that the "Pirates" star is more than happy to get himself a high-paying gig.

Johnny Depp's name has been tarnished recently because of all the abuse allegations involving him and his ex-wife Amber Heard.

Because of the drama, Depp has lost a lot of career opportunities.

Fans of the superstar are shocked by Heard's claims that they know Depp would never verbally and physically abuse anybody.

Fans know that Johnny Depp is working hard, but not many know he displayed a tremendous amount of generosity and genuine compassion over the years.

In 2011's production of "On Stranger Tides," Depp showed compassion and kindness to the crew.

The Thingsreported that the film production conditions were quite treacherous, and throughout the elaborate film, the cast and the crew always got wet and splashed with water on set.

Because of that, Depp reportedly bought 500 waterproof jackets for the cast and crew members to be all protected from the wetness.

The publication claims that he spent about $60,000 just to keep the people working on the movie safe and dry.

It has also been noted that Johnny Depp purchased the jackets out of his own pocket.

LONDON, ENGLAND - JULY 16: Actor Johnny Depp arrives at the Royal Courts of Justice, Strand on July 16, 2020 in London, England. American actor Johnny Depp is taking News Group Newspapers, publishers of The Sun, to court over allegations that he was violent towards his ex-wife, Amber Heard, 34. (Photo by Leon Neal/Getty Images)