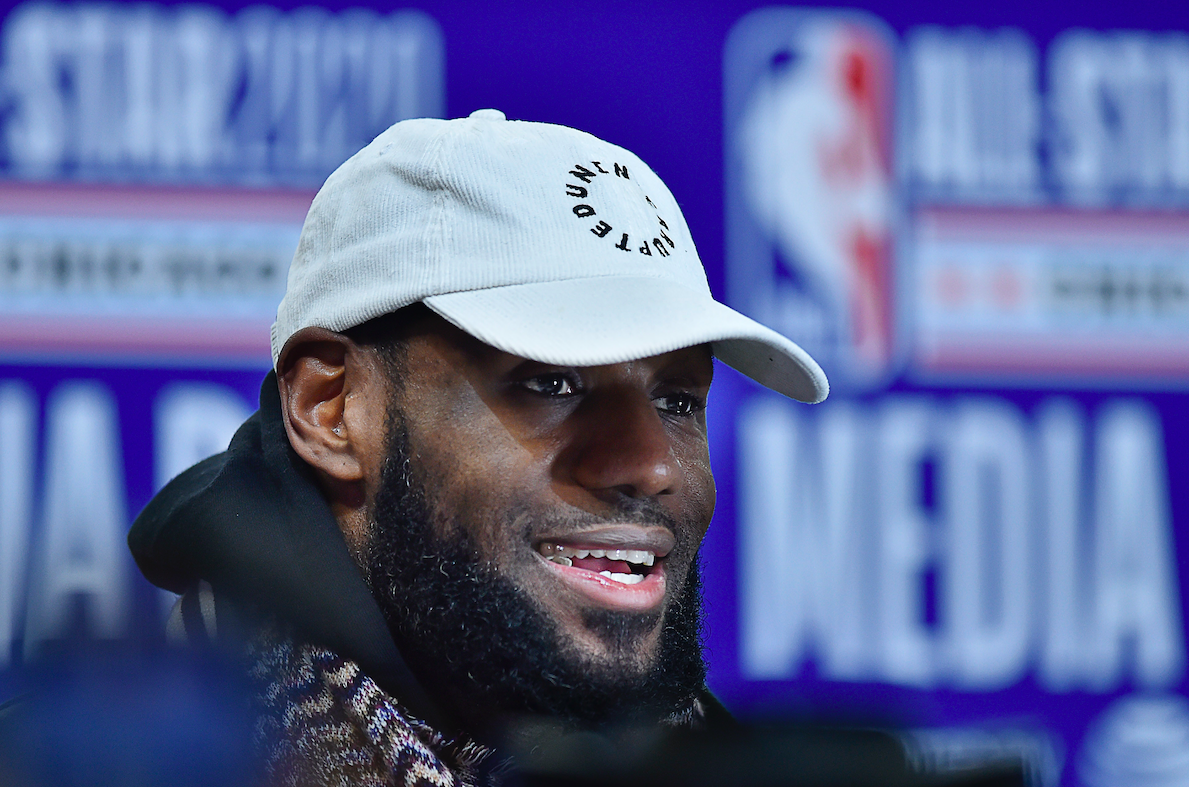 LeBron James blasted Lori Loughlin for choosing the prison she will go to, where she will serve her two-month sentence due to the Varsity Blues scandal, and the judge who approved her request.

On September 9, 2020, a judge approved for the famed actress to serve out her sentence at a medium-security federal prison in Victorville, California.

The former "Fuller House" star reportedly chose this destination, where she will be staying behind bars, which had greatly fumed the NBA superstar, LeBron James.

Speaking to his Instagram, LeBron posted a screenshotof a Vanity Fair article titled, "Lori Loughlin Will Get to Serve Her Two-Month Sentence at the Prison of Her Choice."

He captioned the photo, Of her what!!??? [laughing emoji]. I'm laughing cause sometimes you have to stop crying! [facepalm emoji]."

His frustration with the disgraced actress is evident, given that he knows that the decision is something that's rarely afforded to those who are "less prominent."

"Don't make no d- sense to me. We want the same treatment if committed to the same crime. That's all. Is that asking for too much??? Let me guess; it is huh."

The special favors that are couple with injustices that the African-Americans have encountered for years within the legal system was the stem of James' anger.

People took to the image's comment section in which kicked off a discussion about privilege and race.

Former "How to Get Away with Murder" actress Viola Davis commented, "Whaaaaatttt???!!! Uhh....is it punishment if you get to choose? Is she going to choose her meal program, too??!"

Rapper-turned-business 50 Cent also weighed in on the controversy saying, "Yeah, that sounds about white. I have never heard of that before. You going to jail, but pick anywhere you want to go."

However, other social media users don't think that it's an issue of race, but rather because Lori Loughlin is rich.

Another pointed out that the Lakers superstar may even get the same treatment if he was in Loughlin's position.

"Yeah, LeBron, I'm sure you wouldn't get any special treatment if you had to serve any jail time. [three rolling eyes emoji]."

Lori Loughlin requested to be placed in a jail that was close to her home.

As per the inmates' handbook, Victorville Camp has a couple of ways to maximize her time, including yoga, Pilates, origami classes, music lessons, and career development classes.

The Varsity Blues scandal involved Lori Loughlin and her husband, Mossimo Giannuli, who was convicted of paying $500,000 to get their two daughters, Isabella Rose and Olivia Jade, to get into the University of Southern California as fake crew recruits.

In August, Loughlin was sentenced for two months in prison, including two years of supervised release, 100 hours of community service, and a $150,000 fine.

Giannulli was sentenced to five months in prison, two years of suspended release, 250 hours of community service, and a $250,000 fine after pleading guilty to conspiracy to commit mail and wire fraud.

The couple is due to submit themselves by November 19, 2020.