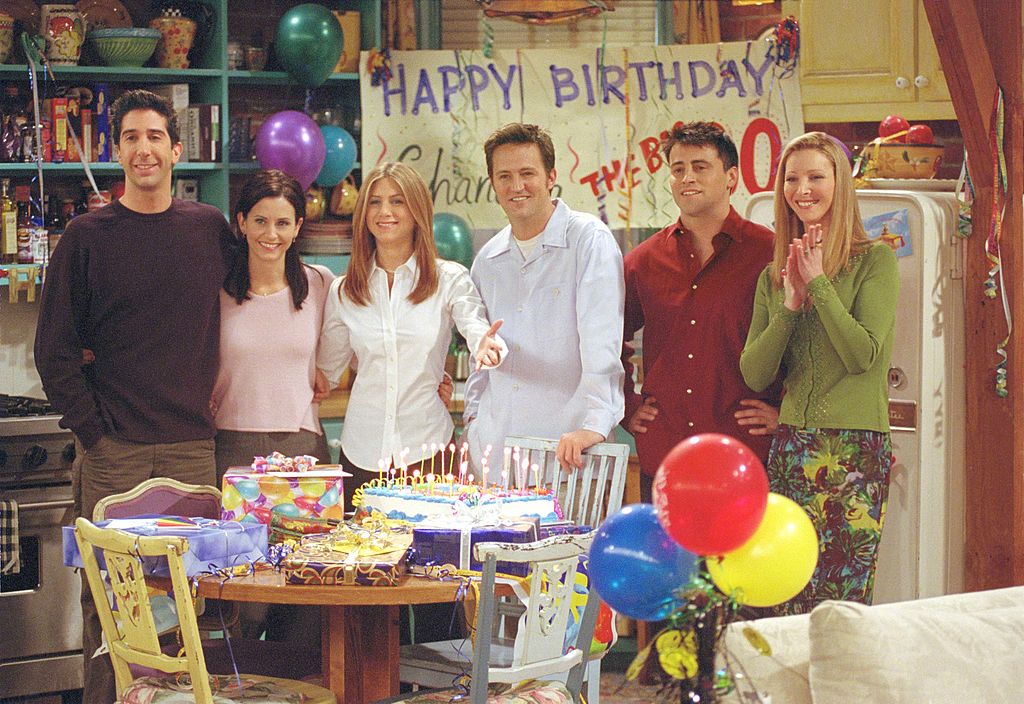 Jennifer Aniston surprised her fans after she staged a mini "Friends" reunion with co-stars Lisa Kudrow and Courteney Cox during the 72nd Primetime Emmy Awards on Sunday.

"The Morning Show" star had to rush to her house after she appeared in the opening ceremony together with Emmys 2020 host Jimmy Kimmel.

From a sleek classic black dress, the 51-year-old actress changed to a cozy loungewear donning her pink floral silk robe as Kimmel announced the best actress in a drama series, where she was nominated.

Surpringsily, as the host checked in on Anniston, the "Horrible Bosses" actress was joined by her former co-stars in an impromptu "Friends" reunion.

Cox interrupted the brief chat while she greeted the veteran host.

The brunette beauty also mentioned that "they live together" and have been "roommates since 1994," in reference to the debut of their hit sitcom. In the said series, Aniston played the spoiled rich girl Rachel Green, who lived with her neat-freak best friend Monica Geller -- portrayed by Cox.

Moreover, the two have a common friend named Phoebe Buffay, played by Kudrow. Her character was known to be the hippie guitar-playing chick of Central Perk.

The reunion certainly of the three brought back memories from their "Friends" days. And with the show celebrating its 26th anniversary, we decided to take a look at some of the most unforgettable moments from the popular show.

"The One With Unagi"

In the sixth season, Ross bragged about how he used to study karate in the past and how he mastered the art of Unagi, which is a state of total awareness.

Both Rachel and Phoebe mocked him and insisted that Unagi is a kind of sushi.

To prove his point, Ross tried to scare the ladies at their apartment to teach them a lesson about Unagi's importance.

Phoebe and Rachel returned the favor and sneak into his apartment; however, Ross wanted to get even and sneaked into Phoebe's apartment but failed since the two notice him entering their home.

In the 16th episode of Season 5 of "Friends," Ross bought his new sofa but decided to skip paying the delivery fee. Instead, he asked for help from Rachel and Chandler to carry the furniture up in his apartment.

Ross tried to lead the group by navigating the couch up the stairs as he screamed "pivot" repeatedly.

Ross and Rachel Break Up

It's no secret that Ross had feelings with Rachel back when they were in high school, but since she is her sister's best friend, he decided to hide it.

Fortunately for him, they became a couple after she ditched her parents and decided to live with Monica.

Unfortunately, Rachel and Ross had an intense fight and told him, "maybe we should just take a break."

Heartbroken by Rachel's decision, he found himself drunk and had a one night stand with a woman he knows from his local copy place.

The next day, Rachel visited his place and found out that he invited a girl. She then accused him of cheating, to which he strongly denied.

Ross insisted that it wasn't "cheating" because technically, they were "on a break."