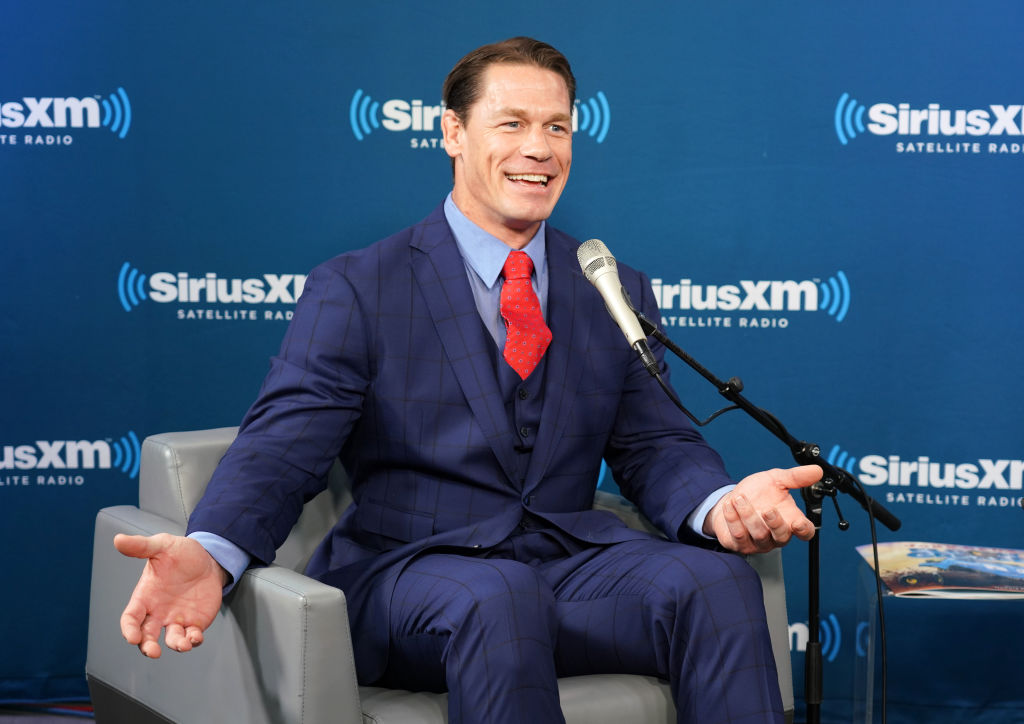 You can see him more now! John Cena will return as the superhero/supervillain "Peacemaker" in his own "Suicide Squad" spinoff seroes

HBO Max recently announced that the former WWE superstar will be featured in the brand new DC Comics TV series that will be written and directed (for the most part) by James Gunn.

In a statement, the chief content officer for HBO and HBO Max Casey Bloys praised the Missouri-born film director and mentioned that he "has the unique ability to create an expansive universe while also bringing to life the soul and wit of each character."

Furthermore, the eight-episode spinoff of "Suicide Squad," which was described as an action-adventure comedy, will focus on the origins of Cena's titular role.

His character Christopher Smith, a.k.a "Peacemaker," is a peace agent whose intentions are driven by an extremist form of pacifism. He has been described as someone willing to use violence to attain the harmony he desires.

The Origin of the "World's Biggest Douchebag"

As cited by Variety, Gunn mentioned that he is "excited" for the upcoming series that will shed light on the character of the "world's biggest douchebag."

"Peacemaker' is an opportunity to delve into current world issues through the lens of this superhero/supervillain/and the world's biggest douchebag," Gunn said.

"I'm excited to expand 'The Suicide Squad' and bring this character from the DC film universe to the full breadth of a series. And of course, to be able to work again with John, Peter, and my friends at Warner Bros. is the icing on the cake."

Like Gunn, Cena is also "unbelievably excited" and mentioned that he is "honored" to be part of such an iconic movie.

"I have said before that it had been a tremendous honor and an incredible opportunity to be part of 'The Suicide Squad' and to work with James on what is going to be a fantastic movie. I am unbelievably excited to have the chance to team up with him again for 'Peacemaker.' We can't wait for fans to see this."

The upcoming spinoff will start its production in early 2021. It will reportedly has the same setting as "The Suicide Squad," which will debut in theaters in the first week of August next year.

For what it's worth, Cena will serve as a co-executive producer of the show. At the same time, aside from being the director and writer, Gunn will be the executive producer via Troll Court Entertainment with Peter Safran -- who also produced the "Suicide Squad."

Warner Bros. Television will serve as the studio.

Aside from his role as "Peacemaker," the 16-time world champion has also starred in numerous films, including "Bumblebee," "Ferdinand," 2018 sex comedy film "Blockers," and the romantic comedy film "Trainwreck."

John Cena is also included in the cast of the ninth installment of the hit action movie "Fast & Furious" and reportedly holds a mystery role in the movie.

In addition, he currently hosts Nickelodeon's quiz show "Are You Smarter than a 5th Grader?" which is now on its second season.