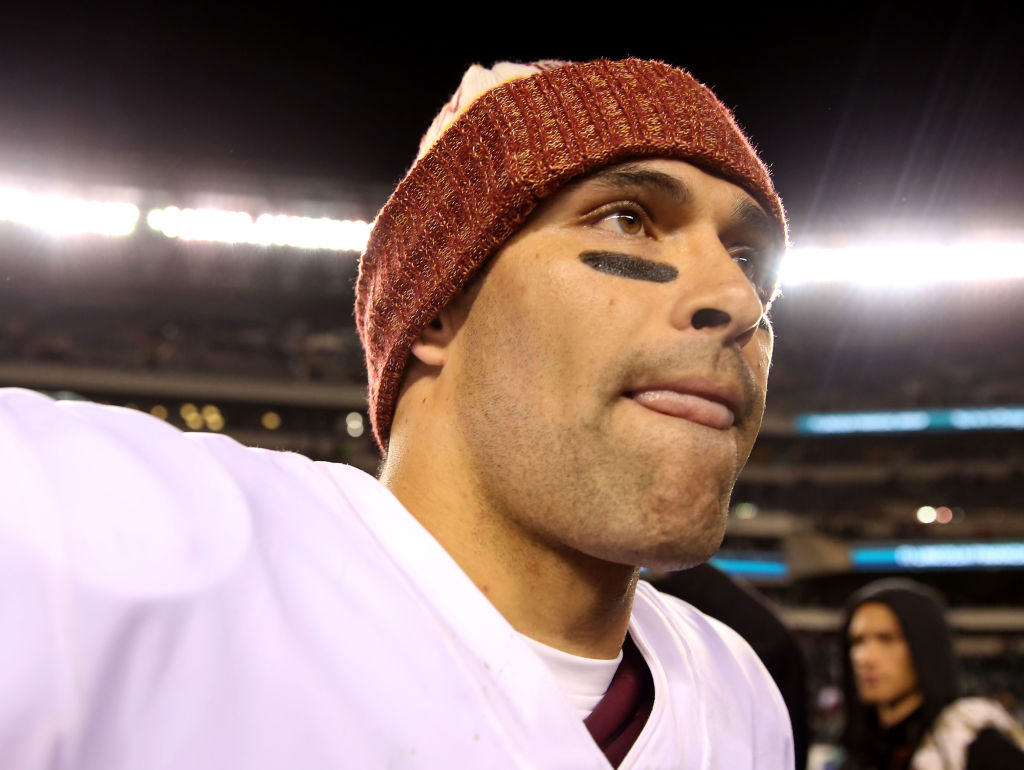 On Wednesday night, unbeknownst to many, they were to going to say goodbye to retired pro football player and sports commentator Mark Sanchez from "The Masked Singer." He is, after all, the man behind Baby Alien--and it shcoked many.

Sanchez as Baby Alien was eliminated from the Fox competition show on Wednesday night. When his identity was revealed, there was quite an uproar.

Working now as a college football analyst for ESPN, Sanchez was the fourth celebrity axed from the show, and therefore, the fourth to be revealed this season. But his disguise was the most interesting so far. He was "Baby Alien," the show's first ever costume that came with a puppet.

Sanchez was very committed to pull off the costume, though. He endured a lot to get through four episodes in the competition.

"I think that needed somebody that was big enough and strong enough to handle the weight of the costume," Sanchez shared. "Because after wearing it for a while, it wears on you a little bit. It's like 40 pounds. And it positions itself on your upper chest area and lower back and shoulders, so they needed somebody with some broad shoulders to handle it. I was their guy and it worked out well."

Former NFL quarterback Mark Sanchez isn't that known as someone who could sing, choreograph or do puppetry. But for "The Masked Singer," he managed to do all and impress. Maybe because no one knew it was him underneath the cute costume?

He sung George Michael's "Faith," and then belted out his rendition of Imagine Dragons' "It's Time." The pieces were actually impressive, with judges guessing he was Eric Bana, Jeff Dunham or Taylor Lautner inside the elaborate costume.

Sanchez After "The Masked Singer"

"Somebody get this Baby Alien a record deal! WHO IS THIS GUY?? Definitely not a football player," Sanchez tweeted after the show aired, joking after his unexpected talents.

His talents are not a joke though. He might not have won the competition, but it was not for the lack of trying and certainly not because he does not have the skills.

He also shared that he practiced by getting a bit winded and exhausted before singing to simulate what his experience could be like if he is already onstage, singing while wearing that amazing costume

Last week, Brian Austin Green got the boot. Rapper Busta Rhymes was the first disguised celebrity to be axed, wearing a dragon costume, followed by the voluntary exit of actor Mickey Rourke on the second week. Rourke did not wait to be unmasked, opting to do it himself because it was too hot in his costume--or probably because he can no longer stand the pressure of the competition.

Catch the Masked Singer every Wednesday on Fox.

READ MORE: 2020 People's Choice Awards Prediction: Why 'This is Us' Should Win Best Drama Show