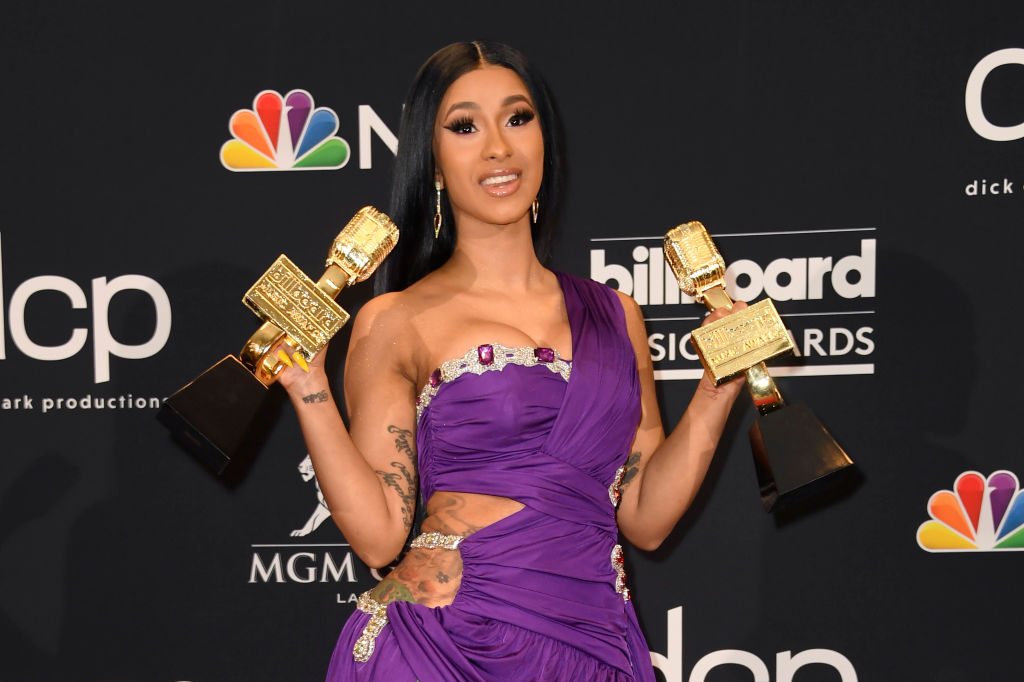 Cardi B is returning to reality TV with her new show "Cardi Tries."

The "Bodak Yellow" hitmaker shared the exciting news on Instagram as she launched her own Facebook Messenger series.

In a clip, the Grammy winner can be seen wearing a dark leotard paired with a black tutu, tights and a black pointe shoe as she tries ballet for the first time.

"Get ready YALL! My new show 'Cardi Tries ____' launches today! Watch me try ballet, stunt car racing and basketball to name a few. My first episode launches today and every Thursday at 12pm EST (I'll put the link in my IG story) on @messenger and @instagram video chat #WatchTogether! #CardiTries," she captioned.

Furthermore, Cardi B also shared her experience on trying out new things as she spoke to the legendary choreographer Debbie Allen.

"I wasn't trying to be like trying to be, like, the best I could be at something, because OK, there's [an episode] where I'm playing basketball with Damian Lillard - and I will never be the best at that, because I'm just not a sporty girl!" Cardi B added.

The female rapper, who was once a stripper before entering the music scene, admitted that the ballet class was one of the toughest challenges on the show.

Cardi B's new series is in partnership with Facebook Messenger's "Watch Together" feature that allows users to watch videos in real time.

According to Deadline, the 28-year-old artist's future activities with her new show involves becoming a firefighter, expert stunt car racer and teacher.

Meanwhile, fans were thrilled and couldn't help but gush over the "I Like It" singer's new project.

"This is the funniest I've seen @iamcardib in a while I can't wait to tune in next week," one wrote.

A second fan also echoed the same feeling and praised the rapper for her "entertaining" show: "The first episode of #CardiTries was so funny and entertaining! @iamcardib thank you for giving us this series, it looks like you had so much fun!"

The same goes with an individual who pointed out how "hilarious" and "humble" she was while trying out a traditional dance.

"Just watched #CardiTries and Stg this is exactly why I Love her... She's hilarious and still humble... And giiirrrrllll @iamcardib the way you was fuckin it up wit the African style dances."

Cardi B Movies and TV Shows

Aside from her "Cardi B Tries" series, she also appeared in the 2011 reality show "Love and Hip Hop: New York" that follows the relationship and lives of hip-hop artists in the Big Apple.

Moreover, the "Please Me" rapper also had a cameo in the 2019 crime drama film "Hustlers" alongside Jennifer Lopez and fellow female rapper Lizzo.

Woman of the Year

From being a stripper, to reality shows to music, there is no stopping the mother-of-one from reaching her success as she is recently crowned as Billboard's "Woman of the Year."

Cardi B's "WAP" song made a huge impact in her career this 2020 after the track won Favorite Song Rap/Hip-hop in American Music Award.

© 2021 ENSTARS, All rights reserved. Do not reproduce without permission.
TAGSCardi B Cardi B WAP Cardi Tries Cardi B Instagram Cardi B Movies and TV Shows
SEE COMMENT
CLOSE COMMENT