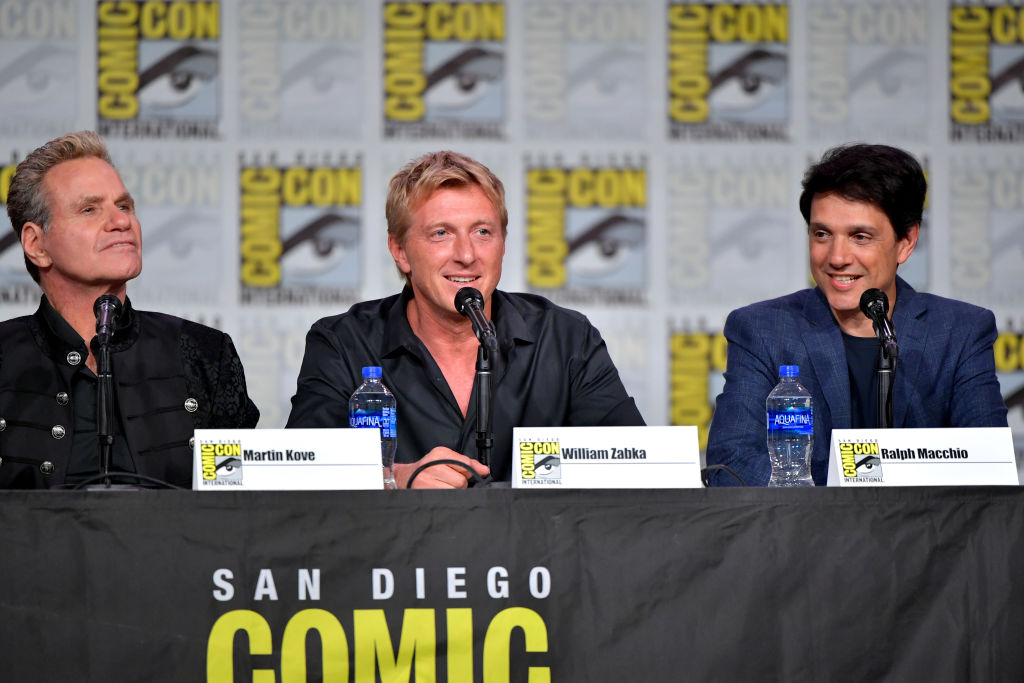 Fans shed tears in just the first episode of "Cobra Kai" Season 3, and for a good reason.

The first episode of the series' latest installment on Netflix concludes with a heartbreaking tribute to Rob Garrison.

Making the tribute all the more meaningful was the fact the release date of "Cobra Kai" Season 3 was set in the first day of the 2021. 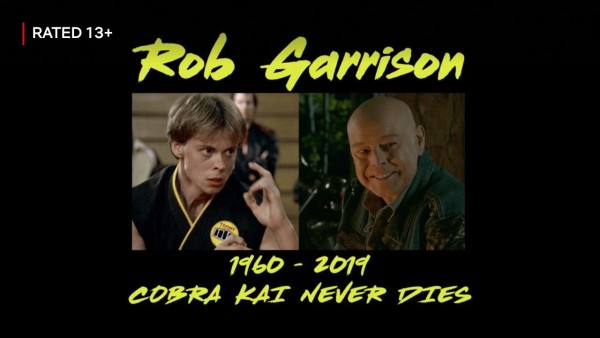 It can be remembered that Garrison, who played Cobra Kai student Tommy in the original 1984 "Karate Kid," passed away in an untimely manner back on September 27, 2019. He was hospitalized for a month because of kidney and liver failure before his death. He was just 59.

He reprised his role in "Cobra Kai" Season 2 and would have probably been in the third if not for this tragedy.

When news of his death circulated, there was an outpour of condolences and tributes on social media. One of them was by Wiliam Zabka, who played Johnny Lawrence on the show.

At the time, he took to Instagram and wrote, "Yesterday the world lost a beautiful soul and an incredibly gifted actor, and I lost one of my dearest friends. He added, "Rob and I met when we were auditioning for Karate Kid. We instantly connected and became friends while filming the movie. Our friendship grew stronger over the many years since then."

The grieving actor added that Rob was a "true thespian" and an "actors actor," which made him a joy and a breeze to work with. He can act with ease and no effort, so every scene and moment turned out perfect without issues.

But beyond the world of acting, Zabka claimed Rob was even better, describing him as "selfless" and just "wonderful."

When the actor reprised his role in Season 2 of "Cobra Kai" in April 2019, the rest of the cast ultimately learned that Tommy had a terminal illness and immediately made something to help him forget about it, even just for a day.

They broke him out of the hospital to give him one last good day and even let him enjoy a good ol' bar fight.

"Thanks everyone for your wonderful comments on my appearance in COBRA KAI," Garrison wrote on Twitter after the episode aired. "Makes me feel great. Had a wonderful time doing it."

A year after Garrison's death, Zabka went online once more to say some nice things about his friend and the enigmatic actor, particularly the "Cobra Kai" cast reunion episode they did with Rob.

"Yesterday marked one year since we lost our brother & OG #CobraKai Rob ("Tommy") Garrison," he said.

He added that he felt grateful to have ever reunite with his co-stars for this particular episode and shared how proud Rob was that he was able to do the episode. Despite his condition, he acted "like a true Cobra he put his heart into it & left it all on the mat!"

The first episode of "Cobra Kai' Season 3 on Netflix concludes with a heartbreaking tribute to Rob Garrison. (Amy Sussman/Getty Images)