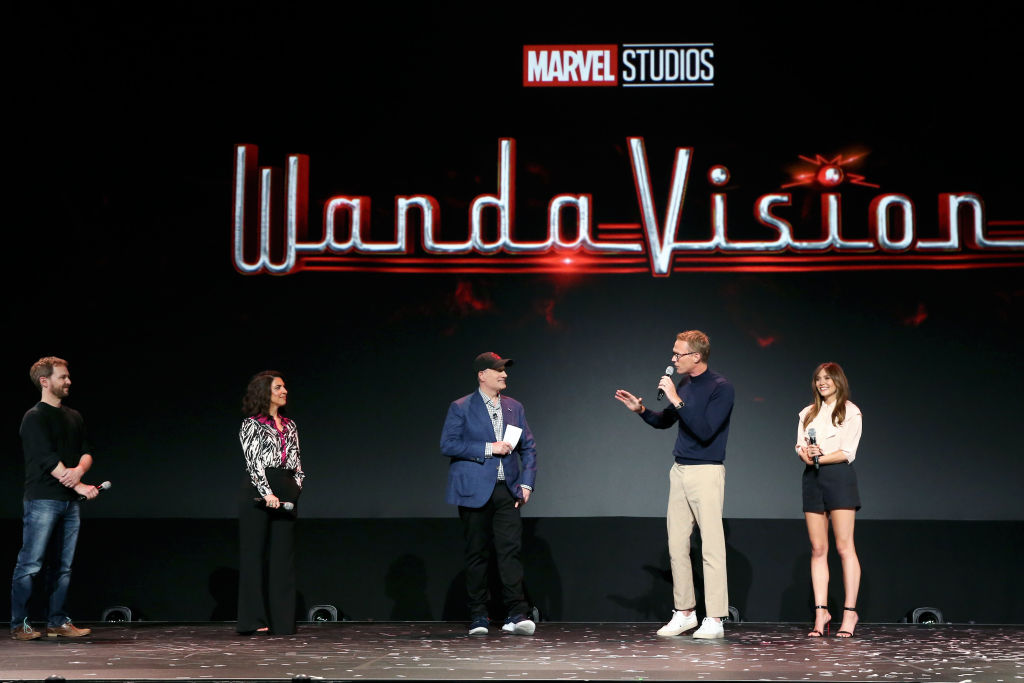 The first two episodes of "WandaVision" is already airing on Disney+, and it has already received rave reviews from fans and critics.

The show, which has some classic sitcom vibes, follows two super-powered beings living their everyday suburban lives but later suspects that everything isn't what it seems.

The third episode of "WandaVision" is set to premiere on January 22, 2021, on the platform, and the remaining episodes will air every Friday. The final episode will air on March 5, 2021.

Here are some details that may want to excite you on the upcoming episode.

The upcoming episode will give more details about the beekeeper and the helicopter.

It is assumed that their presence shall reveal some truth about Wanda and Vision's life - that it is not as peaceful as they may have expected.

In the second episode, viewers learned that Wanda is pregnant. But episode three will also show the extent of her magical pregnancy and how she's coping with it.

The husband and wife will find themselves in the 70s-era sitcom, exchanging the first two episodes' the 50s and 60s aesthetics.

Episode three is expected to have the same runtime from its first two episodes, so viewers should expect that the latest episode will run 30 minutes.

There's no trailer for each episode, but Marvel released featurettes since "WandaVision's" premiere last week.

The first episode started showing the newly-wed Wanda and Vision moving into their 50s vibe house.

The scenery looked different from how viewers watched them on the "Avengers" movies because the couple tries to settle in "normally" into their new neighborhood but continues to get into hijinks throughout.

In the first episode, Vision also invites Mr. Hart, his boss, to dinner, which almost ends with the man choking to death while chewing on some food.

Fortunately, Vision was able to save Mr. Hart and took out the steak piece that was stuck on his throat.

In the second episode, set in the 60s, Wanda and Vision are introduced to their neighbors, Dottie and Geraldine.

Both Wanda and Vision also joined the local talent show, which was later followed by a reveal of a mysterious beekeeper. But before the figure could appear, Wanda did a rewind of the episode, which put viewers at the edge of their seats as to what would happen next.