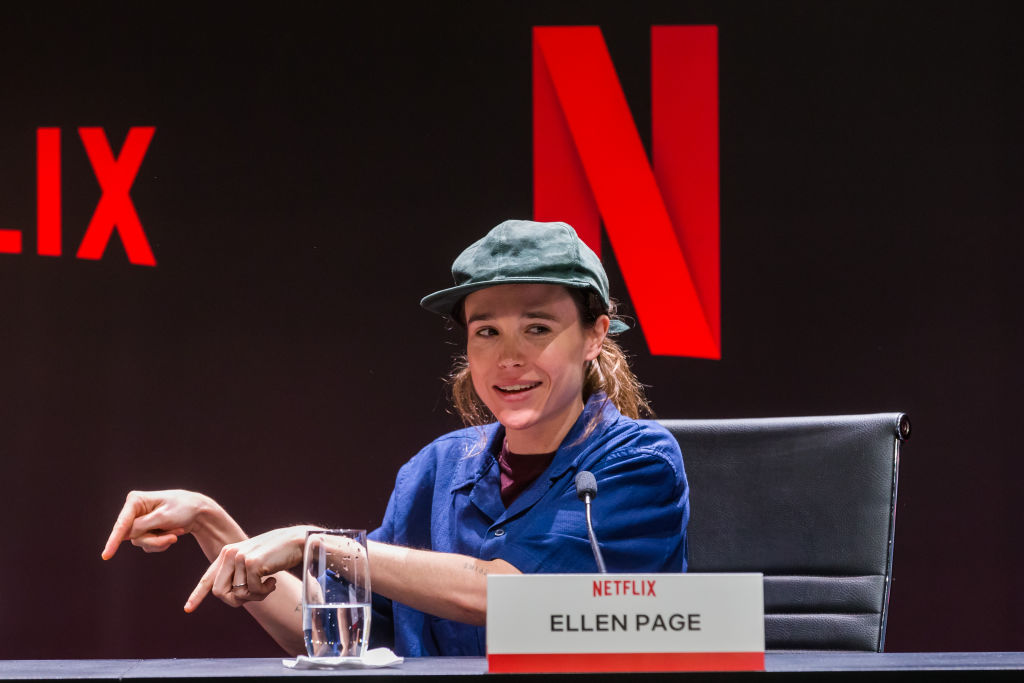 Ahead of the arrival of "The Umbrella Academy" Season 3, Elliot Page served a major teaser to stir the minds of fans even more.

On his Instagram account, Page posted a set photo, hinting that the filming of "The Umbrella Academy" Season 3 already began.

While the photo looks like an ordinary backrest of the cast members' on-set chair, it actually revealed a familiar umbrella logo and a sparrow, hinting about the Sparrow Academy which was teased in Season 2.

He also tagged the official Instagram accounts of "The Umbrella Academy" cast and series.

Despite the appearance of a possible new enemies in the Sparrow Academy, there is nothing to worry about as the original cast members will be back with Page to fight against them.

The 33-year-old actor plays the role of Vanya, one of seven children raised by Reginald Hargreeves (Com Feore).

As of writing, the official arrival of the new installment is unknown. However, fans remain hopeful that they will get to see it this year.

In comparison, Seasons 1 and 2 were released in February 2019 and summer 2020, respectively. This might put Season 3 on a November or December debut.

It is worth noting that the filming of a whole season for "The Umbrella Academy" usually takes about five to six months, while the post-production needs seven to eight months to finish.

Regardless of its arrival date, showrunner Steve Blackwell pledged to continue the Netflix series for a long time.

"I know Gerard has eight volumes (of the comic) in his mind, so whether that translates to eight seasons, I don't know," he said, per Digital Spy. "We combine certain seasons, and bits and pieces. It would be lovely to have four or five years of this show. That would be wonderful."

What Season 3 Will Be All About

To recall, "The Umbrella Academy" Season 2 finale introduced the Sparrow Academy. Its ending also revealed that the original seven Hargreeves children traveled to an alternate timeline where Ben and Reginald are still alive.

They arrived in the 1960s Dallas, where they reunited and defeated the nefarious Handler. At the end of the season, they found a way back to 2019.

But in this new timeline, Ben abandons the Umbrella Academy to lead the Sparrow Academy. No one knows what the future holds for them, but anyone can expect more thrilling scenes in the new season.

Elliot Page teased fans with what to expect in "The Umbrella Academy" Season 3. (Alexandre Schneider/Getty Images)