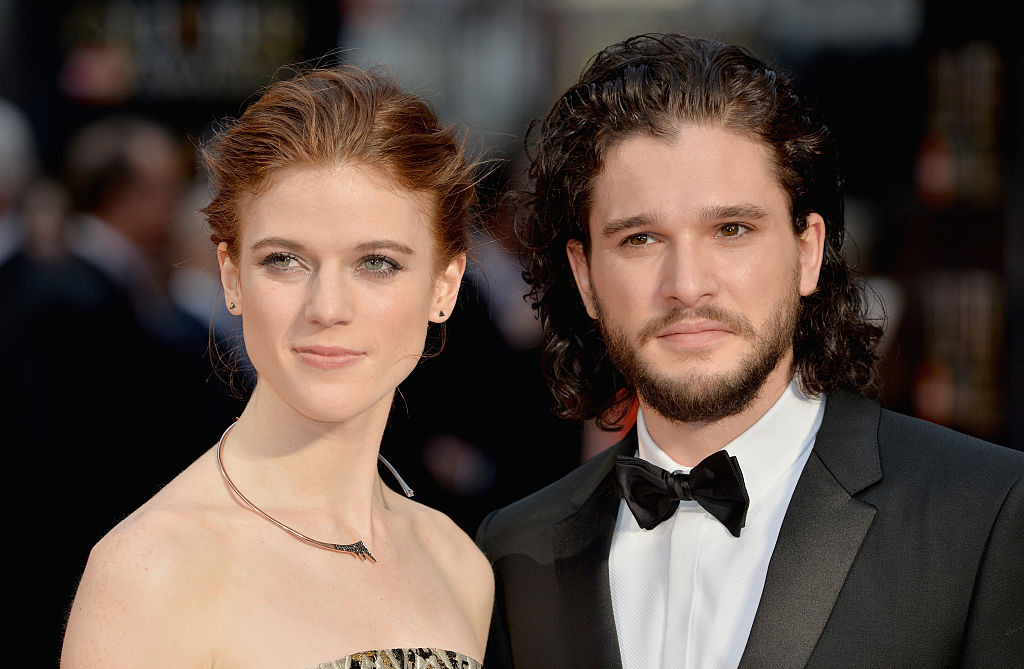 Rose Leslie and Kit Harington are now parents, and they just had their first walk as a family in public.

On Tuesday, multiple news outlets spotted the "Game of Thrones" couple with their newborn child in London.

In the photos posted by PageSix, it can be seen that Harington looks like a happy father as he holds Leslie's hand and carries a large shopping bag on the other. Meanwhile, the new mom cradles the baby in a carrier.

A representative for Rose Leslie's husband told ET Online how excited the couple is to share their lives with their first child.

"Yes we can confirm they have had a baby boy and are very very happy!" the representative said.

The family's public outing came after Kit Harington's wife first announced her pregnancy. In September 2020, the 34-year-old actress showed off her baby bump in a photoshoot for Make Magazine, a U.K-based magazine.

Prior to the arrival of Rose Leslie's baby, the couple had been proudly talking about her pregnancy journey in several interviews.

In October 2020, Leslie told The New York Post how excited she is to welcome her first child with Harington.

"I am thrilled to be expecting, and I can't wait to meet the new member of our family!" she exclaimed.

Meanwhile, the English actor also sat down for an interview with GQ Australia in 2019 prior to Leslie's pregnancy. He expressed how amazing it would be to show their children how they met.

"It dawned on me, recently, and I have no idea if we will, but say me and Rose do have children. They'll know. They'll be able to see the genesis of their parents getting together. Which is quite a wonderful thought, really," he went on.

Harington also thanked GoT for everything, especially for being the bridge that connected him to Leslie.

The two first met on the set of the hit film in 2012. Four years later, Harington revealed that they fell in love with each other while filming the second season in Iceland.

In 2016, they made their red carpet debut as a couple at the Oliver Awards in London.

From there, they went from being an on-screen couple to being real-life husband and wife.

Per BBC, the former GoT co-stars registered their wedding date on June 23, 2018 in Aberdeenshire, Scotland. They held their wedding ceremony at the village church in Scotland.