Christopher Mintz-Plasse, best known as Superbad's Fogell/ McLovin and Role Models' Augie, caught up with RADIO.COM and 98.1WOGL's 7:40 Celebrity Lounge and shares what he has been up to.

Talking with show host Glenn Kalina, Mintz-Plasse first shared about the new season of his comedy show, "Blark & Son" Season 2, on the Comedy Central YouTube Channel. Describing it as a "digital puppet show," he shared the story of how he conceptualized the show with a friend about five years ago.

From the description of the pilot episode, "Blark & Son" is a comedy slice-of-life show that follows the adventures of middle-aged Blark "as he struggles to bond with his son who he loves more than anything else in the world." Its very first episode was uploaded on the Comedy Central Originals YouTube channel in January 2019,

Moving on to the prospects of a Superbad sequel, Kalina asked Mintz-Plasse about his insights on the possibility of picking up where the 2007 Greg Mottola-directed flick left off, saying that a "female version" would be the way to go.

"I've heard from some of the people who made the first one, and I don't think they want to touch it. I think they kind of like where it's sitting. And, sometimes if you make a sequel to things, it can kind of damper the first one. I think they just want to let it be.... If there was a way to do it, (a female version) would be the way, for sure," McLovin himself explains.

Furthermore, regarding the fan-driven campaign for a collaboration between food chain giant McDonald's and the actor-comedian, he quips about being "quite offended" that food chain has not yet picked up on the request. When asked about it, Mintz-Plasse said: "Honestly, I have no and I'm quite offended. The thing is, I would probably say no, but I'm still offended they didn't ask, you know? McDonald's does have a lot of money, so I think the offer could be pretty sweet, so maybe I wouldn't pass it up."

Christopher Mintz-Plasse auditioned for the part of Fogell in Superbad with no prior professional experience, taking his headshots for the audition using his camera phone. Upon Superbad's theatrical release in August 2007, the coming of age comedy was critically acclaimed, with Mintz-Plasse's role as Fogell being cited as one of the highlights of the film. In the movie, Fogell is the one who plans to use a fake ID, with only one name "McLovin" printed on it. Despite the misgivings of the main characters, Fogell manages to buy liquor as a minor with a fake ID.

Grossing a global total of 169.9 million USD against a budget of 20 million, it was the highest domestic grossing high school comedy at its time.

As for Mintz-Plasse, he has appeared as Augie Farcques in the 2008 comedy Role Models, Chris D'Amico in 2010's Kick-Ass, and its 2013 sequel Kick-Ass 2. He has also voiced the stout Viking Fishlegs Ingerman in the How To Train Your Dragon franchise, starting in 2010, as well as the character of King Gristle Jr. in the Trolls movie franchise.

RELATED ARTICLE: 'Jeopardy!' Champ Shares Story When Alex Trebek 'Came Out With No Pants On'

© 2021 ENSTARS, All rights reserved. Do not reproduce without permission.
TAGSSuperbad How to Train Your Dragon 2 Trolls McDonalds RADIO.com
SEE COMMENT
CLOSE COMMENT 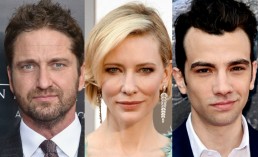 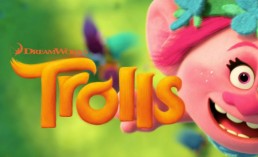 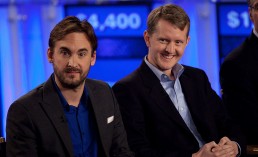 'Jeopardy!' Champ Shares Story When Alex Trebek 'Came Out With No Pants On'