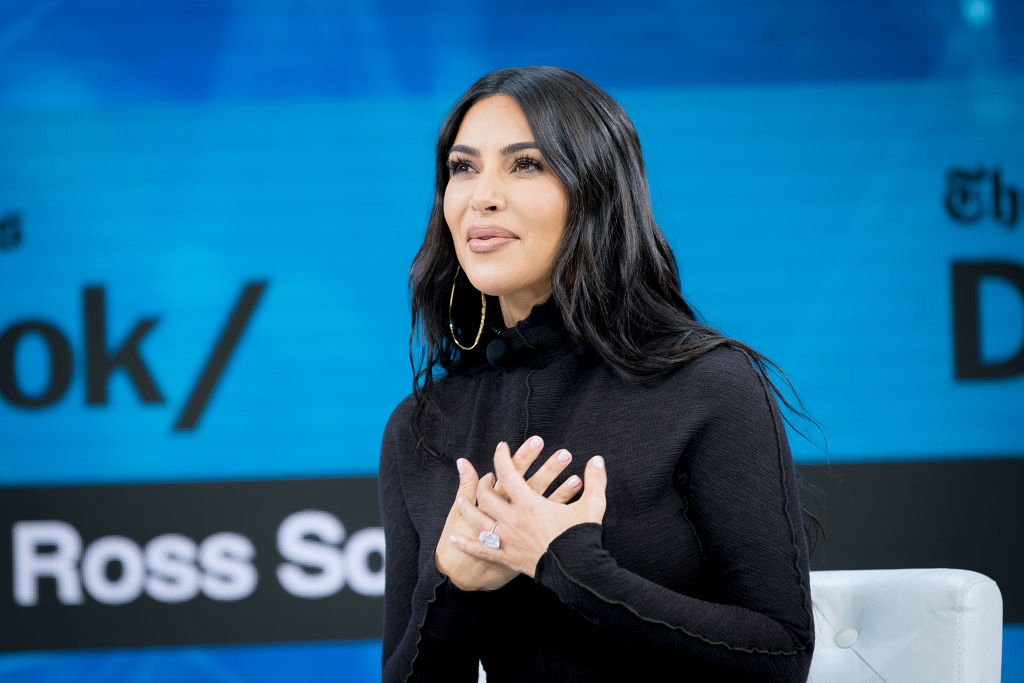 Kim Kardashian is going through some major changes in her life.

From a personal assistant to a reality star to being a successful businesswoman and aspiring lawyer, she has done it all.

Now, the KKW Beauty mogul is in the middle of a high-profile divorce from her husband Kanye West, all while promoting the final season of their hit reality series "Keeping Up With the Kardashians."

And while Kim is the only human who also has difficult days, she remained in touch with her fans.

She never misses a day posting snaps and cute clips on her social media to assure her more than 200 million followers that "everything is well" with her.

But on Reddit, a lot of her fans have discussed the mother-of-four's rebranding. Some of them are even hoping they would see her rebranding moment.

Fans of Kim Kardashian recently discussed a photo of her and her kids on Reddit. The photo showed the reality star seated and surrounded by her kids, North, Saint, Chicago, and Psalm.

Several fans expressed their approval of the 40-year-old's rebranding in the wake of her divorce.

One Redditor commented, "I love these photos she's sharing recently. I love the less makeup and focusing on her kids. They look really happy and relaxed."

Another person directly commented on the rebrand, saying, "Someone else said it, but like feels like her rebrand is incoming since her serious lawyer brand is taking too long."

One Redditor suggested that they would be happy to see a reality show about Kim Kardashian and her newly single mom life as she raised her kids.

"Off topic, but I'd totally watch a spinoff show of single mom Kim managing her business and raising her kids."

Several agreed, even declaring, "This is what the Hulu show should be."

READ ALSO: Laura Dern Trends On Twitter For 'Recycling Half' of An Iconic 2001 Oscars Dress: Who Wore It Better?

Kim Kardashian has had to deal with the stressful process of divorce as this wasn't the first time she has done so. There were times she would hit the town and enjoy her single days with friends.

But this time, the SKIMS creator has four kids to take care of. But despite the number of kids to raise, she reportedly has a lot of energy for it.

An insider told Hollywood Life that the KUWTK star is still adjusting to being single. Now, however, she isn't thinking of dating just yet.

"Right now, it's all about her kids, just making sure they are doing good and adjusting well to the new normal."

They added, "She's also very busy with work and school, she has so much on her plate there's hardly a free moment."

Though she would be savoring her single life, Kim Kardashian is reportedly open to getting married once more.

The insider added, "She has no plans to date anytime soon, but Kim would love to be married again."

"She's very family oriented. It's just nowhere near on her mind at the moment."

Will There Be A KUWTK Spinoff of Kim Kardashian’s New Life As A Single Mom?
(Mike Cohen/Getty Images for The New York Times)