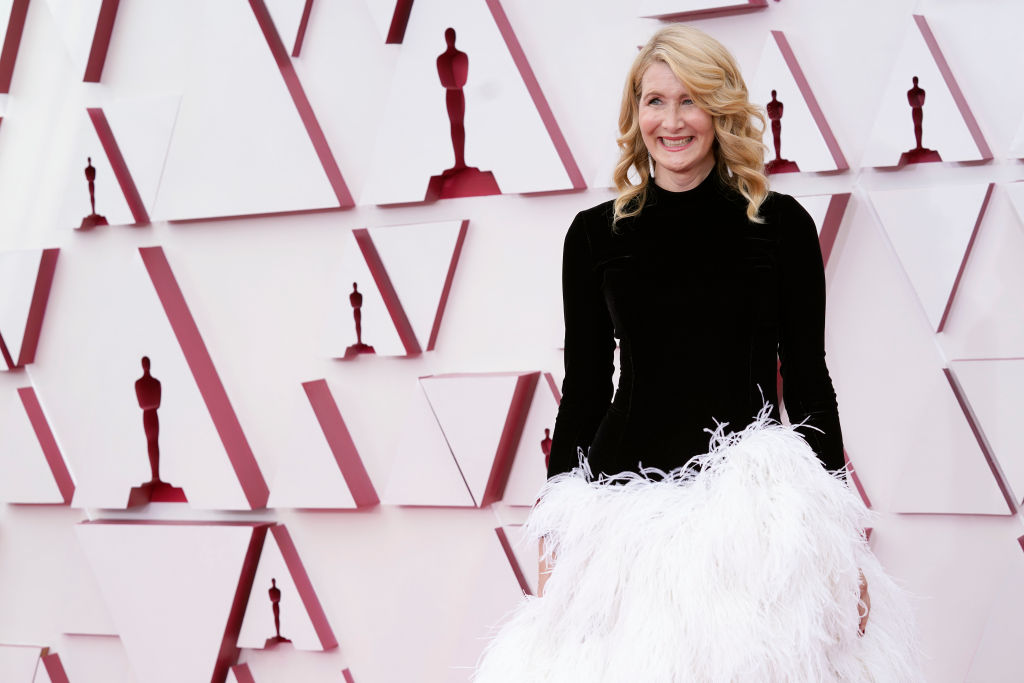 Laura Dern is getting ruthlessly mocked on social media.

The "Big Little Lies" actress attended the 93rd Academy Awards in a jaw-dropping ensemble resembling one infamous swan dress another star wore at the 2001 Oscars.

Björk, an Icelandic singer-songwriter, made that night 20 years ago very memorable when she graced the red carpet wearing a dress that resembled a swan.

Uh, I think Bjork should contact Laura Fern about her dress. #Oscars pic.twitter.com/1NplorwonP

It featured a crystal-encrusted body stocking with white tulle puff, a swan's long neck draped around the singer's neck with its orange beak resting just above her chest.

Björk's accessories were a trail of eggs that she "laid" as she struts the red carpet. Now, Twitter couldn't help but make comments about Laura Dern's Oscars 2021 outfit.

"Business on top, Björk on the bottom," one Twitter user wrote about Dern's look, which featured large feathers at the bottom and a simple black turtleneck top.

Another questioned, "Did Laura Dern recycle half of that iconic Björk dress or what?" Another person quipped, "Why does Laura Dern look like she's cosplaying Steve Jobs and Björk?"

Other social media users said that the 54-year-old Hollywood actress might have "purposely" paid tribute to that 2001 iconic Oscars look because it is its 20th anniversary.

Did Laura Dern recycle half of that iconic Bjork dress or what #Oscars pic.twitter.com/vujhBNrDj4

But the resemblance doesn't stop there.

Dern's Oscars outfit also looks like a Disney character from "Beauty and the Beast," according to one user.

Memes Twitter users posted show that Dern may have dressed up as the duster from the movie.

Another mockery about Laura Dern is that she also looks like Moira Rose, a fictional character on "Schitt's Creek" for her dramatic feather skirt and blonde hair.

But the most iconic of it all is from the reference to the 1987 masterpiece "Dragnet" which starred a very young Tom Hanks and Dan Aykroyd.

In the film, Hanks wore feathery goat leggings that may seem to resemble Laura Dern's look.

As soon as she stepped onto the Oscars 2021 red carpet wearing a skirt of white feathers and a fitted black top that showcased her petite figure, Laura Dern turned heads. She's wearing an Oscar dela Renta mixed media gown.

The "Marriage Story" actress styled her blonde hair with soft waves while parting it on the right, covered some parts of her left eye.

However, Dern's accessories weren't as extra as Björk's.

She had a pair of black heels and dangling earrings and no "eggs" laid on the red carpet.

However, Dern's last Oscars' outfit was better than this year's. And there could only be one person who won the best dressed as a swan, and that is Björk. 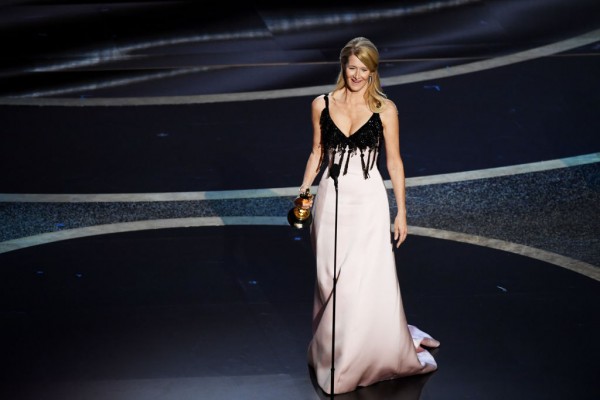