When it aired after the Super Bowl XXII in 1988, The Wonder Years left viewers who grew up in the '60s with a sense of bittersweet nostalgia for a tumultuous and culture changing era in American history. The old guard was making moves in Vietnam, while the youth at home were left with an uncertain future amidst the chaos of being drafted or finding their voice against the patriarchy through the hippie movement. Seen through the eyes of Kevin Arnold, a child too young to get involved, yet old enough to be affected by the dichotomy of the those on either side, the show provided a reliable narrator looking for answers to life's simple questions while trying to navigate bigger uncertainties.

Airing for six seasons on ABC, The Wonder Years certainly gave a sharp perspective on the time, though it had primarily a one-sided approach towards late '60s America. Given the year it premiered, exclusivity of the non-white experience was not taken into consideration when mostly white creatives pitched shows to the predominantly white executives of the entertainment industry. Fortunately, the tides have begun to turn in recent years, allowing unheard voices to share their stories with the viewing public and bridging a gap so desperately lacking in entertainment for so long. Though, when it was announced that The Wonder Years would be rebooted with a black family as the focus, knee-jerk reactions were not far off. 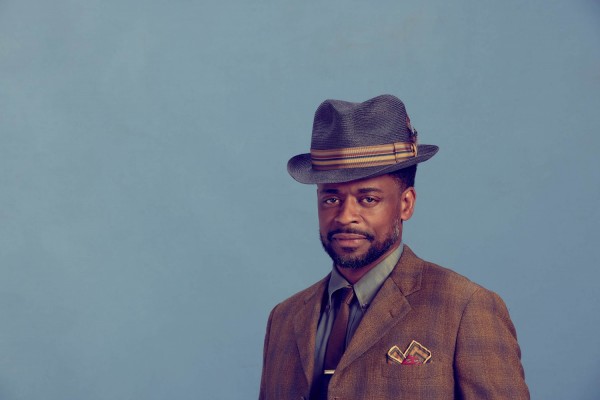 Online feeds boomed with both praise and vitriol at the thought of a beloved show being re-imagined and not just for the sake of it being a remake. For some, the announcement came with a sense of inclusively by a more diverse viewership able to finally relate to the struggle of being a minority in small town America. Others took the concept as a woke diversity move by the network and its creatives, who they felt were mollifying viewers who had an agenda. This reaction by the latter plays as a sad commentary on our present day ability to spout unneeded bigotry through the social networking mediasphere, giving an outdated and perverse voice to anyone with a Twitter handle.

Then there were those like myself (a white guy old enough to remember seeing the premier) who, not always a fan of reboots, saw the decision as a network dusting off a tried and true property for a new generation to enjoy. Honestly, I was more worried about them getting the tone of the original show to feel true to an audience even further removed from the era that it had been when I watched it. A silly gripe, I understand, but I was a fan and hoped this new iteration would be handled deftly. Then the trailer hit.

Minus the opinion of the intolerant trolls of the internet, the trailer soothed any presumptive worries of what the show might get wrong. The Wonder Years 2021 seemed reflect the heart of the original, with the Williams family playing off many of the same comedic and heartwarming beats we remember, while tackling the racial divide of 1960's Alabama. Equal parts lighthearted and poignant, the creators appear to have balanced the heavy issues facing Black Americans and, in the same breath, exude the levity, relatability, and soul found with the Arnold family all those years ago.

From the clothes, to the sets, to the powerful theme song, the show feels authentic to its previous iteration especially when it comes to the casting choices. Elisha Williams plays the lead Dean as a wide-eyed optimist who grows with as the show moves forward. Dulé Hill as the hard-nosed dad playing against Saycon Sengbloh's strong yet nurturing mother figure. The goofy best friend and the dream girl who is a deeper character than Dean sees on the surface. Though my favorite bit of casting is the always entertaining Don Cheadle taking lending his voice as the narrator.

Needless to say, a trailer is merely a snippet of what's to come, but from what I've seen thus far, The Wonder Years feels like a hit for ABC and I look forward to what's to come from the series.

Tags: The Wonder Years Don Cheadle television ABC
© 2021 EnStars.com All rights reserved. Do not reproduce without permission.
Most Popular
You May Also Like

‘The Wonder Years’ actress Alley Mills claimed that the popular ABC family sitcom was canceled because of a sexual misconduct lawsuit. Mills stated that a crew member accused series star Fred Savage of the misdeed.

Savage shared a look at his son on Instagram.