Not every hero needs a sidekick, until they do. That character who brings levity to a serious situation. A confidant for the lead to talk to in times of crisis. Or just a drinking buddy at the end of a hard day. Here are some of the most notable sidekicks we know and love from the world of film and television: 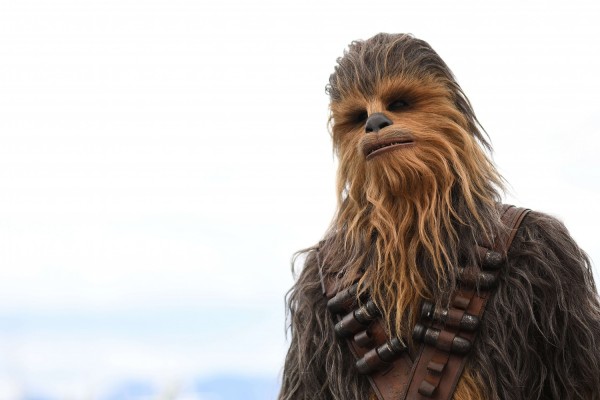 Even a man named Solo needs a pal from time to time. Chewbacca, the Wookie with a heart of gold, makes the top of our list. Even is you don't speak his language his intentions are always admirable. Whether it's fixing the hyper drive at the last second or being the voice of reason in a bad situation, Chewie never lets you down. Part bodyguard, mechanic, and loyal to the end. Few characters have stepped up the plate when the chips are down quite like this lovable fur ball. 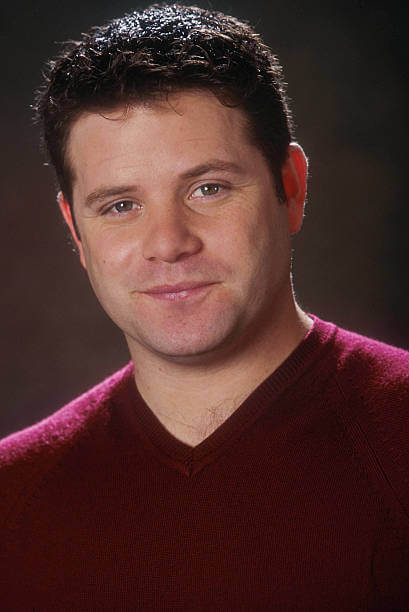 (Photo : Getty Images)
Sean Astin- The Lord Of The Rings

Samwise might be one of the most selfless characters on the list, what with his endless devotion to his best friend Frodo Baggins. His part in The Lord of the Rings Trilogy is a simple as it is complex. He grounds Frodo when the world is falling apart around them, baring the burden of their quest by simply being there when his pal can't quite see the light at the end of the tunnel. Gruff and honest the way any friend should be, yet always ready to push the hero towards his end goal even if it comes at the cost of his own safety. Everyone should be that lucky. 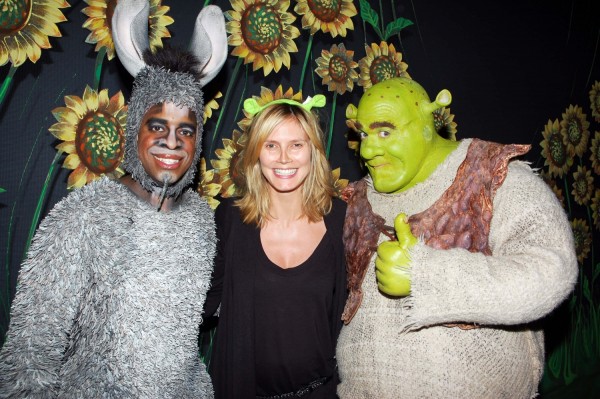 A friend could walk into your life when you least expect it, or when you never asked in the first place. With his eager to please gift for gab, Donkey's relationship with Shrek is twofold. What starts of as a tumultuous pairing, what with Shrek's want to lead a solitary existence, Donkey helps to not only further Shrek in his quest to save the lady fair, but he also teaches the curmudgeonly ogre that a life without love is no life at all, which, in the long run, was the quest Donkey was on the whole time. 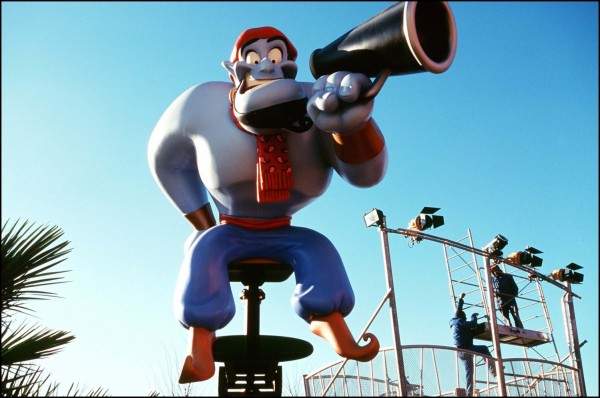 Now, Abu may seem like the sidekick of Aladdin, but in retrospect, that cute little monkey's greed often trips up our hero. That's why Genie might be a better example of a literal wing-man in this case. Every step of the way, even when he might not agree with the intentions of his master, Genie always stays loyal. Understandably, because he is at Aladdin's beckon call, but even though he is bond by the magic of the lamp, Genie does his best to always lead Aladdin down the most sensible path. He has seen the mistakes his past masters made because of greed and hubris, though the good he sees in the only master who offered to set him free sets the stage for him to bend the rules to see his new friend find happiness, thus having that positivity come back to him in the end. 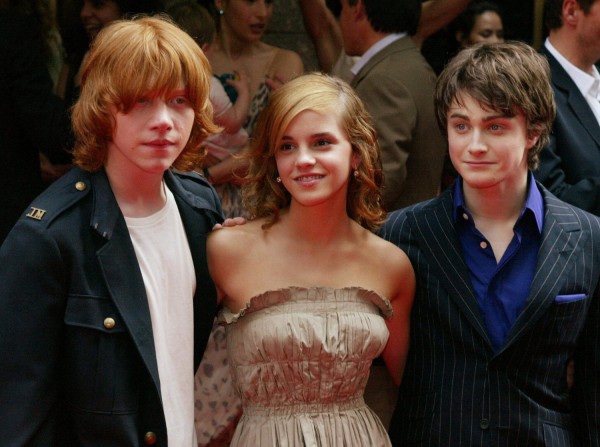 Here is a twofer for you from the Wizarding World. Harry Potter would not continue to be "The Boy Who Lived" if it weren't for Hermione and Ron having his back. Whether it is Ron, who is willing to have his back even if he is not up for the task or Hermione with her quick thinking and knack for spell casting, Harry wouldn't stand a chance.

Hot take, I always kind of felt Hermione was the true hero of the story, but that's just me. 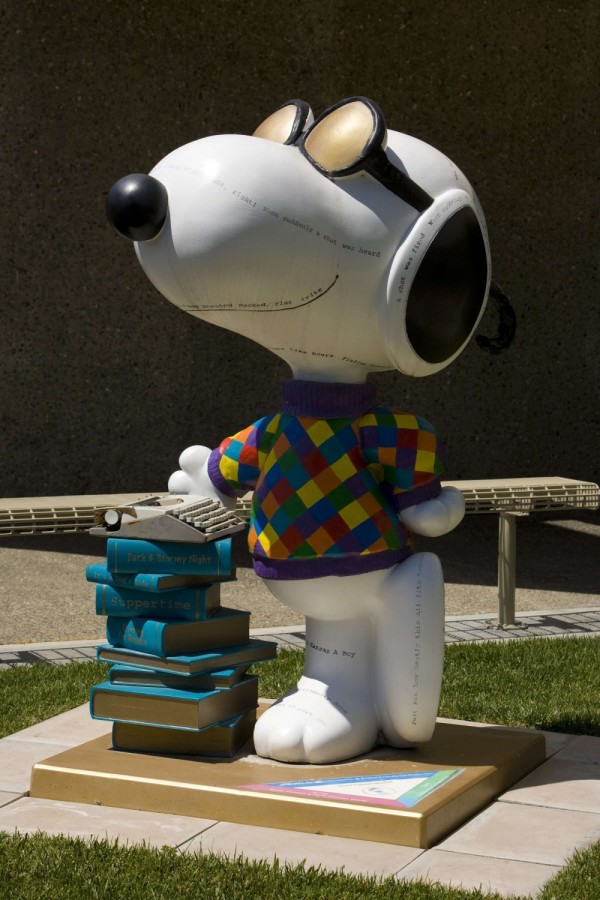 The classic tale of a boy and his dog is an old trope with a big history. Our next sidekick isn't saving his owner from a well or barking to get the fire department to save the burning orphanage. However, Charlie Brown's beagle Snoopy might be the most interesting. Not your traditional version of man's best friend, in a way, Snoopy is the lead by example type who isn't afraid to go big and march to his own drummer. In a way, he is the missing piece to Charlie Brown, showing his buddy how to live with confidence and finding the bright side of the world when old Chuck is at his worst. Mind you, Charlie might not always see his dog as a helpful guide, but Snoopy is always there to give him a big old smooch when the chips are down for Mr. Brown. 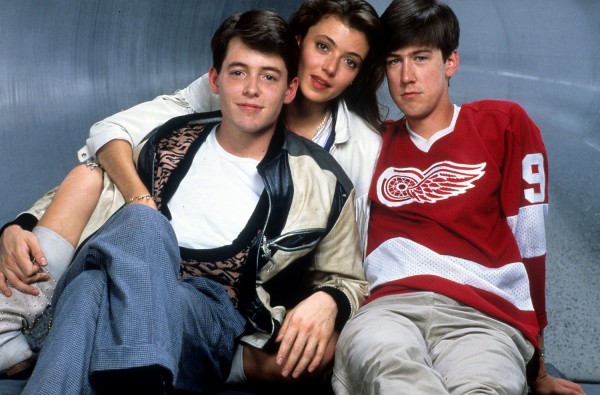 The Ying to Ferris Buller's Yang, Cameron is the loyal even when he completely disagrees with his best friend's life choices. He is a stopgap of sorts that reins in much of Ferris' antics or at least gives him something to think about when he is trying to scam the adults. Ferris is an agent of chaos, with a good heart and that dynamic plays well against Cameron's anxiety riddled self-doubt, that keeps him from enjoying the little things in life. Their relationship goes both ways, though Cameron works as a conscience for Ferris, a character who is always trying to get ahead even at the expense of those around him. Without his morose cohort, Ferris would never have a reason to care about anybody but himself. 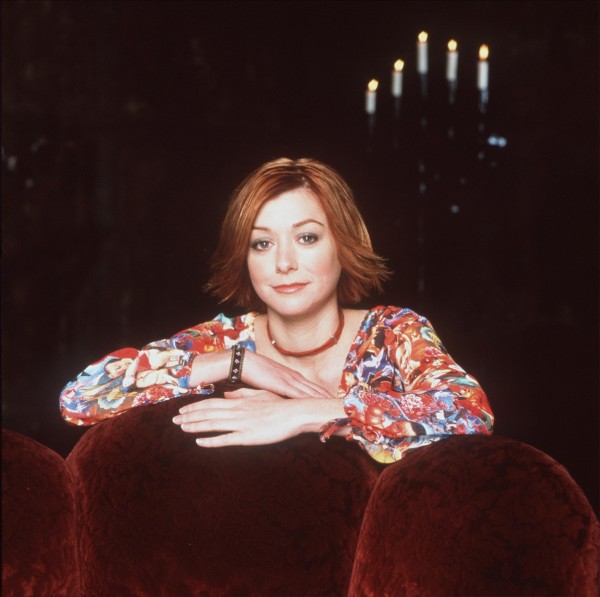 The story line of Willow Rosenberg on Buffy the Vampire Slayer is one of the more interesting ones on this list. Starting out as a meek geek, she grows to be one of the most powerful characters in Sunnydale, eventually becoming a highly capable Wiccan. Complex, caring, and logical, her role on the show transcends her relationship with the titular vampire hunter. She grows throughout the show to become her own person, while still putting everyone in her life before her own well-being. Out of all of the sidekicks, Willow's character development is the most interesting from season to season allowing her to change for better or worse, though always with the right intentions, even if she say, brings her best friend back form the dead unaware that Buffy had found true peace for once. More than just a helper, Willow becomes her own hero and one of the most developed sidekicks discussed.