Forgiveness is Edgy: How Nate is Putting Ted Lasso's Redemption Focus To The Test

I shouldn't say I hate him. The kit-man turned coach on the hit Apple TV+ show, Ted Lasso is certainly a complicated character with a mountain of unaddressed insecurities. I recognize he's projecting the anger he feels because of his complicated relationship with his father on the people who are trying to care for him the most in the world in a way that is so painfully narcissistic, selfish, and blindly self entitled that, regardless of what he does to anyone else, he is ultimately just a parasite to himself, destroying himself from within and blaming everyone else for all of his problems that he really just NEEDS TO SORT OUT FOR HIMSELF. LIKE WHEN HE (SPOILER ALERT) TEARS UP THE BELIEVE POSTER AFTER TED HAS BEEN NOTHING BUT GOOD TO HIM, I MEAN WE ALL HAVE OUR ISSUES BUT YOU CAN'T WIELD YOUR INSECURITIES AS A REASON TO BE A SELF OBSESSED MEGALOMANIAC-

I hate Nate, but I look forward to his redemption arc.

(Wait, Carly, I'm so confused. You just went off about how terrible you think Nate is. He did horrible things to Ted, Roy, Keeley, Colin, Will, the entire Richmond team...you really think he's going to get a redemption arc?) 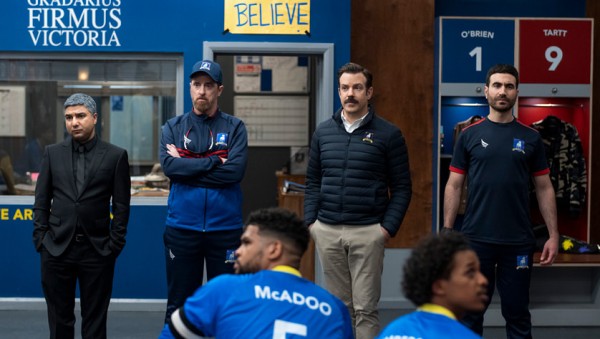 Ted Lasso is a stand out show. Recently on his podcast You Made it Weird, stand-up comedian Pete Holmes interviewed Roy Kent actor Brett Goldstein. Holmes commented that, "There are no hit TV shows anymore. Ted Lasso is a hit." He's absolutely right. There are few to no other shows that cross age divides, fandoms, preferences in the establishment of its fan base. The majority of people have at least heard of the heartfelt team comedy. Why? What is different about this show?

The modus operandi of Ted Lasso is that people are flawed and deserve forgiveness. They make mistakes. Rebecca Welton, played by Hannah Waddingham, initially uses Ted as a vehicle through which to destroy the Richmond team. Jamie Tartt, played by Phil Dunster, is the most egotistical bully that could possibly terrorize the team. Both of these characters, however, are ultimately forgiven: no hard feelings, people make mistakes, we move on.

In a world consumed by cancel culture where it feels like one false step could dictate the end of your world, the British footballing show is a sigh of relief. It's a friend that says, Hey, you're going to mess up, and that's okay. While it may seem like the bold and edgy choice to stay mad at someone forever, never allowing room for them to make ammends, it's not. In modern society, it's far easier to stay angry at someone. In fact, it's almost expected. Forgiveness is edgy. It's the lesson the world needs to learn, and it's the reason Ted Lasso is the mega-hit that it is. 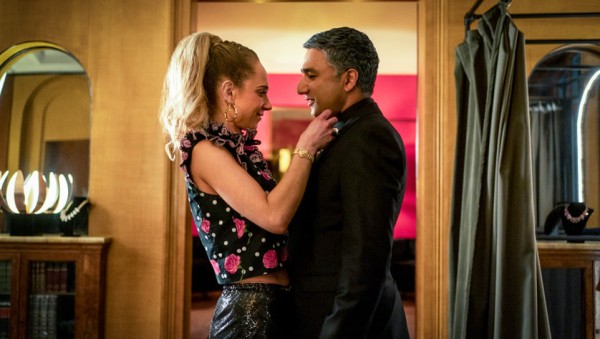 Therefore, regardless of how ABSOLUTELY LIVID (so sorry, I'll stop shouting) Nate made me at the end of season 2, I have faith that he will have a redemptive arc. He's not a bad person. While, as I may have heatedly stated in a run-on sentence above, you can't wield your insecurities as an excuse to be cruel, the new Man City Coach (ugh. I gagged writing that) does not realize what he's doing yet.

It would be a different story if he were out to destroy Ted for fun, but that is not the case. He legitimately believes that he has been wronged. We live in a world that teaches self-defense. From his misguided starting point, Nate believes he is in the right to take action against Lasso (disgusting, I know.) Nate's not being intentionally vindictive. Rupert, played by Anthony Head, is intentionally vindictive. Every action, word, movement Rupert takes is specifically steeped in the deep desire to destroy Rebecca. Nate, on the other hand, is throwing a temper tantrum. Temper tantrums are childish and inappropriate (especially when you're in your 40s, like come on Nate), but a child isn't bad because they throw one. They may be a nightmare for babysitters and teachers alike, but they aren't a bad kid. 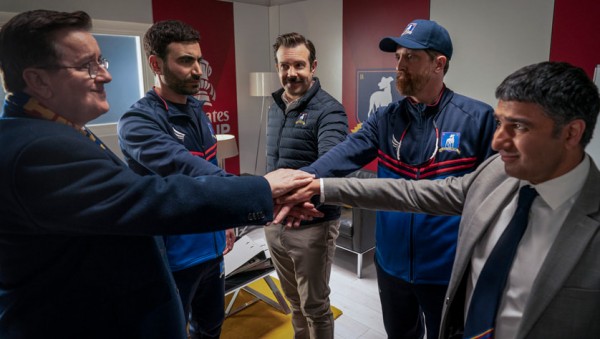 Nate is not going to be randomly redeemed. He BETTER NOT BE. I just think it is a welcome possiblity, IF AND ONLY IF the missing piece is added. What is this missing piece? Well, there is one more critical component in the show's humans-are -naturally-flawed-and-deserve-forgiveness zeitgeist:

Do I believe that Nate could be forgiven? Yes. Do I hope that he gets a redemption arc? Yes. However, his redemption is on him. He needs to acknowledge the things he did wrong and sincerely seek to make amends for it.

Accountability is the critical component in any redemption. It is the reason we get mad at celebrities that post hollow apologies like oops, sorry! and then move on with their lives. There has to be an honest acknowledgement that the individual has done something wrong. In season one, prior to Roy and Keeley, played by Juno Temple, getting together, Roy apologizes to Keeley for being a jerk and says the reason he apologised is that, "accountability is important". Keeley later repeats the same phrase to Jamie. Without accountability there is no forgiveness. 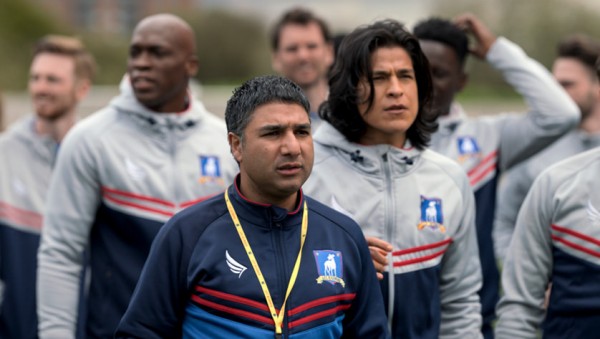 Rebecca and Jamie are both forgiven, but they are ONLY forgiven after they take accountability for their actions. Rebecca goes down to Ted's office and confesses her entire manipulation and sincerely apologizes for it. When Jamie returns to the team, he not only apologizes but also makes a constant and concerted effort to make amends for his poor behavior.

This incredibly powerful show teaches us that, no matter how hard it is, we should strive to be open to forgive those that wrong us IF (literally only IF) they take accountability for their actions and take steps to rectify what they did wrong. Forgiveness is hard. It's harder than staying angry at someone forever, but humans are flawed. Mistakes will happen. 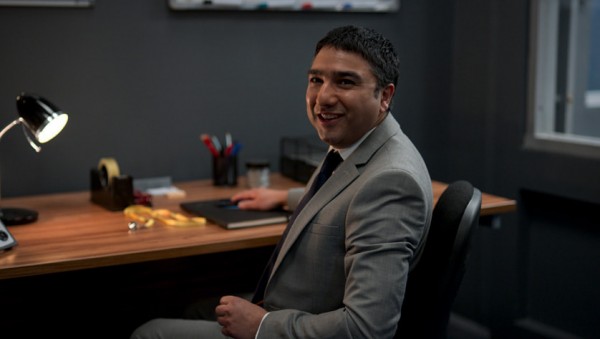 So, when it comes to Nate (I STILL HATE HIM), if he, in the coming season recognizes his insecurity, comes to terms with the cruelty he's treated others with, and takes accountability for his actions, I believe he will be able to work towards redemption. IF HE DOESN'T HE CAN LITERALLY STAY WITH MAN CITY FOREVER BEING MISTREATED BY RUPERT, I DON'T CARE. (Sorry for shouting...I'm still mad at Nate, can you tell?) 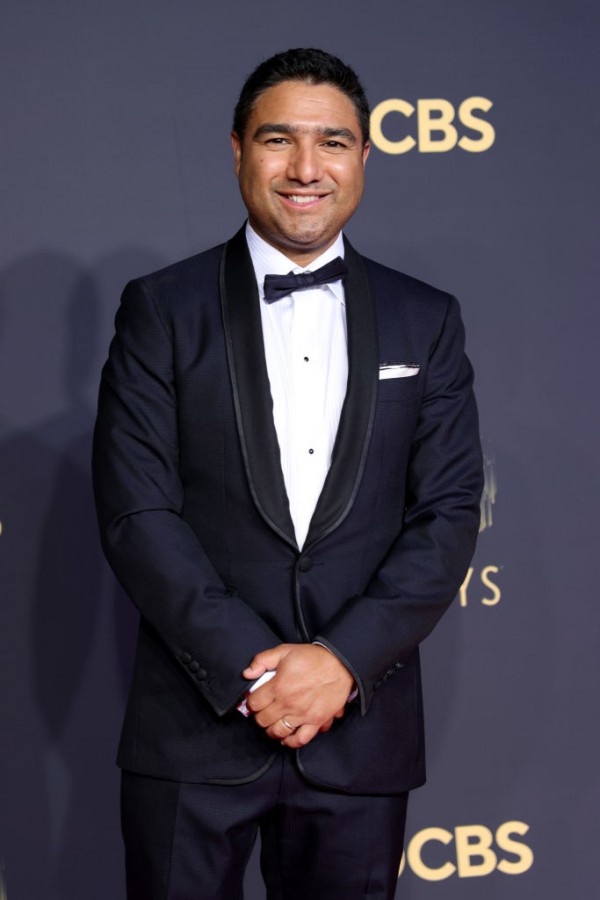 All of this being said, the actor portraying Nate Shelly, Nick Mohammed, is doing an excellent job. It takes a great actor to get everyone to hate you. I can't wait to see what the next season of Ted Lasso has in store.

Ted Lasso is a show in a league of its own. The show has only been running for two seasons, but the history traces back even father.

An exclusive with The Hollywood Reporter has just announced that Sam Richardson has officially joined the cast of the upcoming Hocus Pocus 2.

A limited series is a show that begins knowing when it will end. It has a certain number of episodes and is not vying for the network to carry their show on for years and years to come.