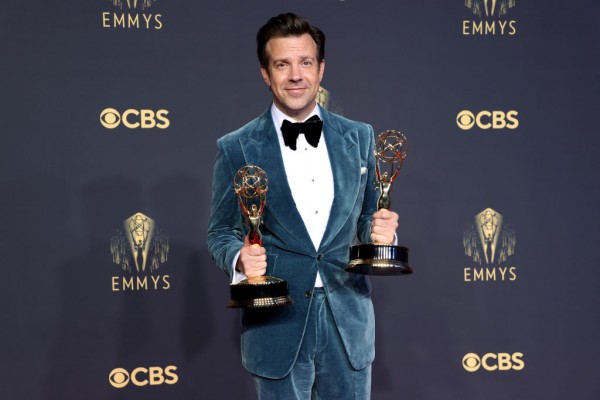 Sudeikis, whose iconic Ted Lasso character, is an American idealistic football coach tasked with coaching an English soccer team, signed on to lend his star power to the partnership. In a hilarious interview with Today, Sudeikis jokes that he's afraid that "people are concerned that they've signed [him] on as a player possibly."

While Sudeikis has had a long career as a comedy writer and actor, the recent success of the Emmy-winning "Ted Lasso" has catapulted him to a new level of fame. This includes his upcoming debut as a host on "Saturday Night Live," a show in which he had previously served as a cast member and writer.

We love seeing Sudeikis use his platform for good - Ted Lasso is here to uplift the lives of children in addition to the characters around him on TV!

The Today Show team closed the interview out by getting Jason Sudeikis to open up about his real name. That's right, Jason isn't Jason's first name. His legal name is Daniel, he goes on to explain how he and his father share a first name but his mom would call him Jason so he knew who she was yelling at.

For more entertainment news and commentary, please tune in to Enstarz! We promise to bring you the best in news about your favorite celebrities, TV shows, and films.

Tags: Jason Sudeikis ted lasso apple tv
© 2021 EnStars.com All rights reserved. Do not reproduce without permission.
Most Popular
You May Also Like

Is Jason Sudeikis trying to cripple "Ted Lasso" record-breaking stint by leaving the series behind?

Ted Lasso is a show in a league of its own. The show has only been running for two seasons, but the history traces back even father.

Here are eight impressive people that are not only expert actors but expert writers. Who said multi-tasking was impossible?