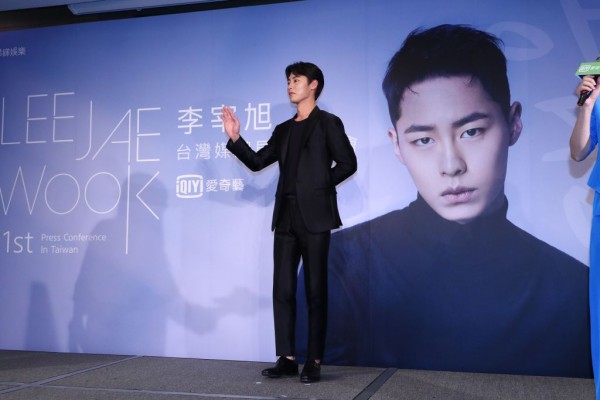 However, before any Asian streaming service can challenge Netflix and its expanding international content library, there are a few things that these challengers to the Netflix stream crown need to secure first. Here's our list.

While most Asian communities, whether in the U.S. or abroad, are used to reading subtitles while enjoying content, one major audience that's still adjusting to this practice is the United States. Now that the U.S. audience's eyes are being open to foreign media, the quality of English subtitles becomes increasingly more crucial.

As the outrage over the loss of meaning in "Squid Game"'s English subtitles indicates, these subtitles are crucial in allowing American and other English-speaking audiences to understand the nuances in Asian shows' storytelling. And, if Netflix, one of the leading American streaming services, is slipping up in the subtitle department, then any Asian streaming service prepared to take the streaming crown must step up their game in quickly but accurately providing English subtitles for their content.

To provide even more accessibility for their content, Asian streaming services should also consider offering quality English dubs. One reason Netflix can reach many international communities is because they have teams of voice over artists to provide dubs in a variety of languages. English dubs provide a way for Americans or other English-speaking audiences unused to reading subtitles to enjoy content.

However, when providing English dubs, streaming services need to be careful about how well the voice actors capture the Asian actors' performances. "Squid Game"'s English dub famously had American audiences bowled over laughing at how over-the-top the voice acting performances were. While it's often easier to provide more convincing dubs for animated shows, dubs for live action shows can easily sound off if they don't match the same level of intensity of the original actor or if the language translation is off, which is something to look out for.

To create the innovative shows that audiences like, TV and film creators need to be given creative freedom to make the content they and audiences would like to see. However, China, one of the Asian content hubs competing to become Hollywood's go-to, is notorious for censoring content that doesn't match the the government's strict views.

With recent crackdowns including a film censorship law in Hong Kong banning any films that go against "China's national security interests" and mainland Chinese bans on idol audition shows and the depiction of effeminate men on TV (think K-Pop-styled or men wearing makeup or less traditionally masculine fashion), the ability for Chinese creators to make riveting shows that reflect audience demand is greatly hobbled. Even worse, certain taboo topics, such as LGBTQ+ stories, are also banned in China. These limitations will get in the way of a Chinese streaming service or any streaming services that cater to a primarily Chinese audience competing with the likes of Netflix, which doesn't suffer as much restrictions.

I know this comes off as extremely American-centric. However, if an Asian streaming service wants to contend with Netflix seriously, they may need to borrow a move from Netflix's playbook. Recently, one of my TV writing professors was invited to teach American-style TV writing to Italian TV writers, so these Italian writers could provide content that conforms to Netflix's expectations. This move indicates that Netflix is a company that's willing to invest in foreign talent by helping develop their skills, which is a trait that shouldn't be underestimated.

Asian streaming services can also borrow from this way of thinking by hiring notable American TV writers to help bring Chinese writers up to speed on American TV writing expectations, which would help Chinese writers become more competitive. Additionally, the best way to beat someone at their own game is to borrow the tools they use and subvert them to your uses. So, Asian streaming services should let their creators absorb the screenwriting style that American audiences are used to, and adapt it to tell the stories they want.

Asian streaming services can compete with Netflix by diversifying their content to show different sides of Asia and showing American audiences that being Asian isn't a singular experience. In the article touting iQiyi's Asian streaming content, the article emphasizes that their content features "international casts from Southeast Asia" and brings up "Rainless Love in a Godless Land," a Taiwanese drama that draws heavily on indigenous Amis mythology. These points are indicators that Asian streaming services are paying attention to Asian content outside of China. Since Asian streaming services have the advantage of being knowledgeable about the cultural landscape they seek to represent, they know where to find the brightest and most talented people in Asian film industries.

Besides, capitalizing on pan-Asian talent is something that Asian entertainment industries are already doing. Cross-Asian collaboration has long been an established practice that reflects Asian audiences' predisposition to consume content from outside their home countries. Examples of this include Japan's casting of South Korean, Hong Kong, and Taiwanese stars alongside Japanese actors in "The Files of Young Kindaichi - Lost in Kowloon" TV movie, Japan shooting an entire spin-off mini-series in Taiwan for "GTO Taiwan," China casting Japanese singer-actor Akanishi Jin (last seen in Hollywood in that Keanu Reeves "47 Ronin" film) to play Erlang Shang in Chinese drama "The Legends of Monkey King," and finally, all the different times famous South Korean actors appeared in Chinese films and dramas after gaining popularity due to the Hallyu or Korean Wave.

Now, imagine what could be pulled off if Asian filmmakers from different countries managed to collaborate behind the camera as well. By investing in pan-Asian talent, Asian streaming services could encourage a mixing of styles, aesthetics, and sensibilities that could lead to a new movement in the proliferation of Asian content.

Finally, Asian streaming services could gain a leg up in the American streaming wars by hiring Asian American talent. While it would be wrong to say that every Asian American is knowledgeable about both American and Asian entertainment, there are definitely those in the community who are. Perhaps, like me, they went searching for Asian faces created or were in charming, fascinating media properties.

Regardless of how these Asian Americans developed their wealth of knowledge, Asian streaming services would do well to seek out and bring these people, who have been caught between cultures, onto their team. We know that American TV and film gatekeepers haven't been great at finding and investing in Asian Americans executives or creatives, who grew up knowing what their peers like to watch and also developing their own appreciation of Asian cinema or TV. This insight would be invaluable for any Asian streaming service wanting to cross-over to American audiences. And, the best way to gain this insight is to hire Asian Americans onto their teams.

Tags: netflix iQiyi Squid Game Asian media
© 2022 EnStars.com All rights reserved. Do not reproduce without permission.
Most Popular
You May Also Like