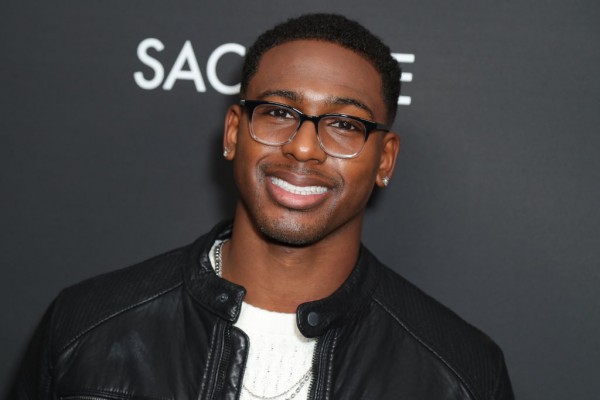 We're seeing a lot of Vaughn Hebron these days. Not only is the actor starring in the Paramount+ revival of "The Game," but Hebron is also making an appearance in "King Richard," the biographical film about Richard Williams' efforts to support and shape Venus and Serena Williams' tennis careers. The film has been generating a lot of Oscar buzz, particularly around Will Smith's performance as the Williams patriarch. Recently, Enstarz got the chance to sit down with Hebron as he dishes on what it was like to be on set with the legendary actor, and what he's learned from Smith.

In the interview, Hebron reveals that his character, Monsta, has no relation with the real-life Monster Kody, who was a gangster active in Compton during the time the Williams sisters were growing up. And though the role was a much harder, cold-faced character than he's ever played before, Hebron still cherished the opportunity to play on the same stage as Smith.

Of his experience working alongside Smith, Hebron said, "I felt like I was a student in a class. Obviously, we were there working...but it was still like a third eye watching him, taking him in." Hebron excitedly adds, "There were some times in the scene I'm just watching him, and I'm like, oh snap, I'm on the camera, too?" We're excited to see Hebron in "King Richard" and how his character interacts with Smith's Richard Williams.

Catch "King Richard" in theaters or on HBO Max staring today, November 19, 2021. For more entertainment news and commentary, check out Enstarz! We bring you the latest on your favorite celebrities, TV shows, and films.

Tags: Vaughn Hebron King Richard Will Smith
© 2022 EnStars.com All rights reserved. Do not reproduce without permission.
Most Popular
You May Also Like

Get ready to play because The Game is streaming to Paramount+ starting tonight. Episodes of this new series will be coming out on a weekly basis, and we can't wait!

Recently, I had the chance to sit down with Vaughn Hebron, star of the season ten revival of "The Game." In this candid interview, the up-and-coming actor spoke about everything from growing up as the eldest of nine kids, to how he pivoted from being a pharmaceutical rep to actor, and finally to his experiences appearing in Tyler Perry's "The Oval," the upcoming season of "The Game," thriller "The Devil You Know" with Omar Epps and Michael Ealy, and the Will Smith-led "King Richard," the film about how Venus and Serena Williams' father helped build his daughters' tennis careers. Hebron's career is certainly on fire!