The hilarious murder mystery will soon be joined by a new set of eyebrows! Actress, model, and musician Cara Delevigne will be joining the cast of the hit Hulu show Only Murders in the Building. The impressive multi-hyphenate is known for her work in Paper Towns, Anna Karenina, Suicide Squad, and Her Smell. The show is the most watched original comedy series on Hulu. The unique combination of horror and humor make it an absolutely unmissable experience. The show was picked up for a second season only five episodes into their ten episode series. Delevigne will join an already star-studded cast headed by Steve Martin, Martin Short, and Selena Gomez. We are sure Delevigne will make an intriguing addition to this already captivating cast. 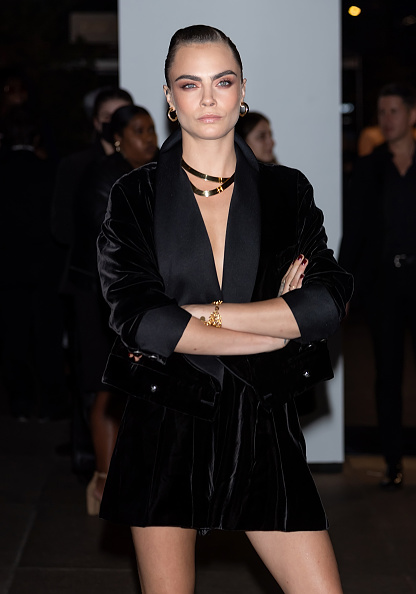 Society has had their eyes on Delevigne for a while. She is credited as the woman that single-handedly brought the thick eyebrow back in style. For that, Cara, we thank you. As an unmistakable style icon, it can be easy to raise the star to an almost idealistic pedestal, forgetting she is a person like the rest of us. She was able to confront her person hood during the pandemic. She, like many, found herself grabbing the bottle of hair dye a few weeks in, officially sporting brunette rather than her usual blonde. It was also a time for personal growth and reflection. For her, this meant, "being alone and learning how to love myself and function and be a good friend," she told Cosmopolitan. Delevigne is an icon inside and out.

We can't wait to see her on the next season of Only Murders in the Building!

Tags: Cara Delevigne Only Murders in the Building steve martin martin short Selena Gomez
© 2022 EnStars.com All rights reserved. Do not reproduce without permission.
Most Popular
You May Also Like

Paris Jackson Reveals Coming Out As Bisexual At 14

Paris Jackson took the issue with recent news reports on her alleged coming out. The 20-year-old model and actress, daughter of the late Michael Jackson, revealed that she's been out since she was 14 and is not hiding anything.

Kendall Jenner recently opened up about her struggles with anxiety. Are her concerns about the world and its people keeping her from getting pregnant with her first child?