Jenevieve a superstar in the making. Earlier this year the young R&B artist released her first album Division. The impressive songs from the album, including the breakout hit Baby Powder solidify the singer of the surely-soon-to-be greats.

Not much is yet known about Jenevieve. She prides herself on her privacy, genuine kindness, and undeniable realness. With her minimal social media presence and intent on keeping her private life sacred, she is in it for the art. She is in it for the music.

We here at Enstarz were lucky enough to sit down with Jenevieve for an exclusive interview.

Enstarz: What is the first song you ever remember writing as a kid?

Jenevieve: I remember writing a lot of love songs because I listened to a lot of R&B as a kid. So probably like a love song.

Enstarz: Did you have your own personal book? Did you keep it hidden? What was the writing process for you back then?

Jenevieve: I still have a book, but there were some books that I lost. I felt it was too embarrassing as a kid to write love songs and very emotional. I wrote very deep, emotional R&B love songs. 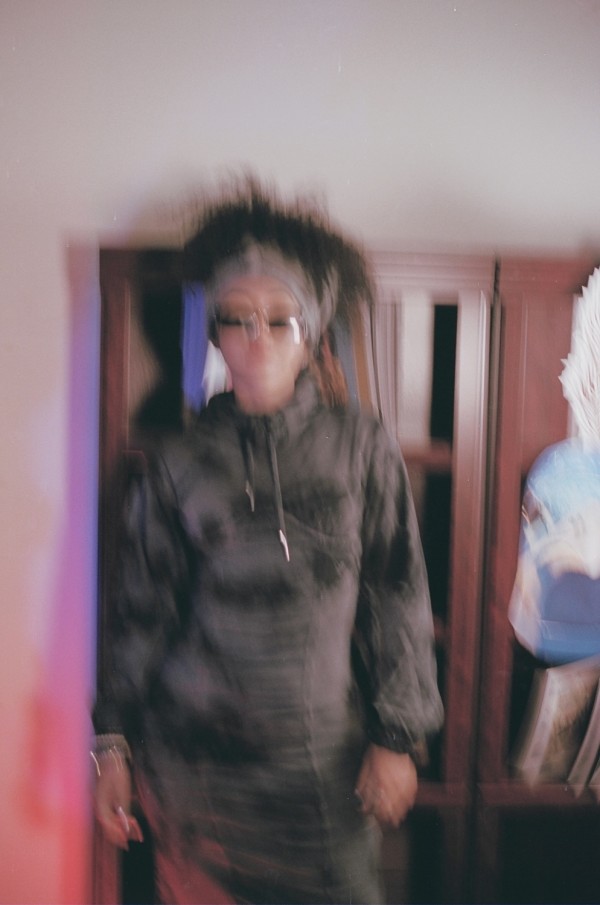 Enstarz: How do you feel knowing that there's someone out there who has your fourteen-year-old love songs and are reading them right now?

Jenevieve: They're probably laughing and they're probably, well, if they don't know that it's from a 14 year old person. My songs made sense, but it was me  pouring my heart out because that's what I was listening to a lot as a kid.

So you started recording a demo when you were 13, which is right smack dab in the middle of middle school, and that's the time when most people really try to blend in. So what was it like to take that step to be so vulnerable with your art at that age?

During the early portion, you discover that you can write songs and you can sing. I know a lot of people when they start doing stuff, they keep it near and dear to their heart. How did you protect that skill?

Jenevieve: I always knew what I liked, and I felt like nobody asked what I liked; so, I kept it a secret. Then I noticed that what I liked wasn't what most people liked. So it was even easier to keep it to myself or if I did find somebody that liked that, which was rare, I would talk about it with them and see what they thought about it. Especially because I was doing trap music at the time. I always wanted to make sure that my feelings and how I look at things was kept to myself in case anybody tried steal it because I just wanted to protect myself and my sound. Because a lot of people were trying to have me write for them, and a lot of people were trying to be sneaky. So I recognize that, and I felt the competitive environment. So I was like, "No, I'm protecting myself...protecting my craft." Especially in trap music.

Enstarz: You also mentioned you were in church choir, which is where a lot of singers get their start. How did you get involved?  And how did you think that influenced your music going forward?

Jenevieve:  I think I just wanted to try it and I saw that other kids were doing it one time at a service, and I was like, "I wanna audition for that. Let's see what they think of my voice." And they  gave me solos really quickly...after they trained my voice for a certain amount of time. So they gave me, like, solos and stuff and...singing it's from the soul. When you're singing it's from God, and I don't know. I don't know. I can't even explain it. 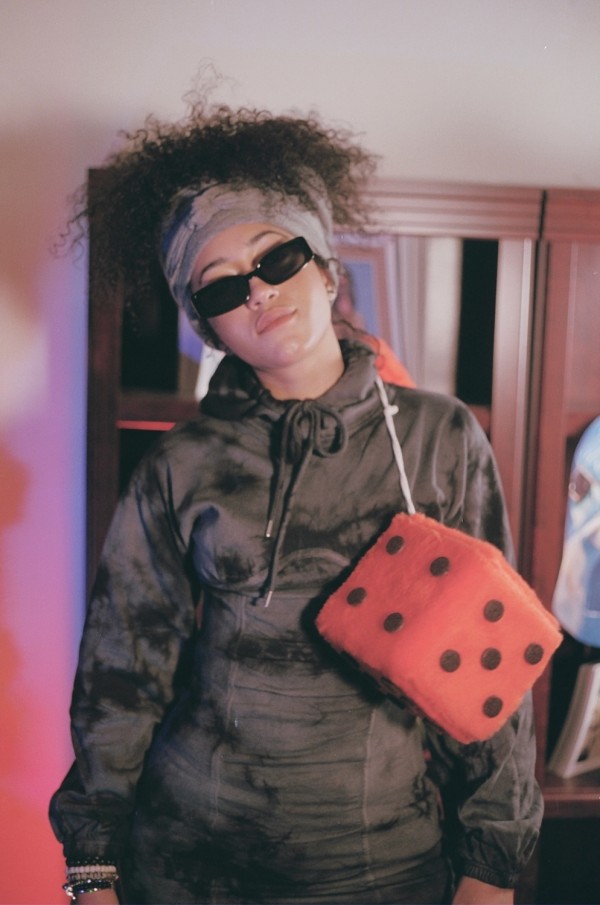 Jenevieve: I mean, coming from a Latin background, like my grandmother always said [Speaks in Spanish] which is, "Sacred Father in You I Trust,"...How I was raised, there was always something to believe in, and I was always reminded to believe in something. My mom still kept me believing in Santa Claus till I was 13. I always had faith in things, and they always kept me happy growing up as a kid. So I feel like how you're raised and what you believe in when you're raised, it just= you feel like you can believe in a lot of things, you know? It helps you have an imagination as well.

Enstarz: Did you ask God to be a singer first or your mother?

Jenevieve: God. My mom was, like, "We can do this," and she was coming along with me. It's so weird. I guess things just guard you in a certain way.

Enstarz: Do you remember the sign from God that told you you were doing the right thing?

Jenevieve: It felt good.  I'm really good with following my instincts, and I go with whatever feels good. I like to listen to everything around me, what I can do and where I can go → the path was open. 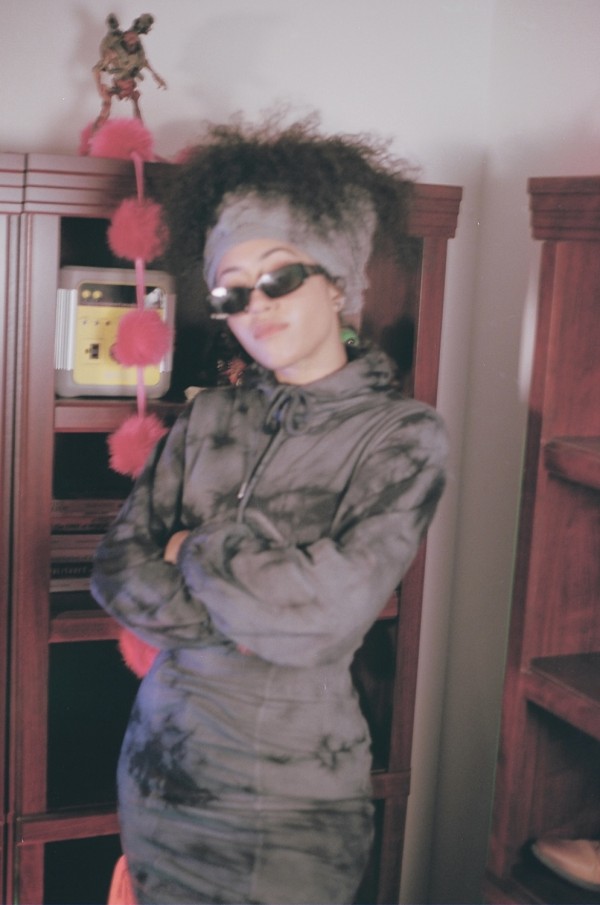 Enstarz: Your music, it's incredible, but it's uniquely your voice. But if you had to describe your music as like the child of a few artists, who would those artists be?

Jenevieve: My father would be Michael Jackson, and I would say my mom would be Diana Ross, and then my auntie would be Whitney Houston.

Enstarz: So the breakout hit song of your album is Baby Powder. Did you expect that to be the hit song? And if you didn't, what did you think the hit song was going to be?

Jenevieve: I thought Miss Sympathy was going to be the one, but Baby Powder, is a dope song and I always loved it. I was really excited to put it out, to see what would happen. It's kind of like sharing art with like a nervous artist that doesn't know how good they are, and they just put it out there and then they see what happens. 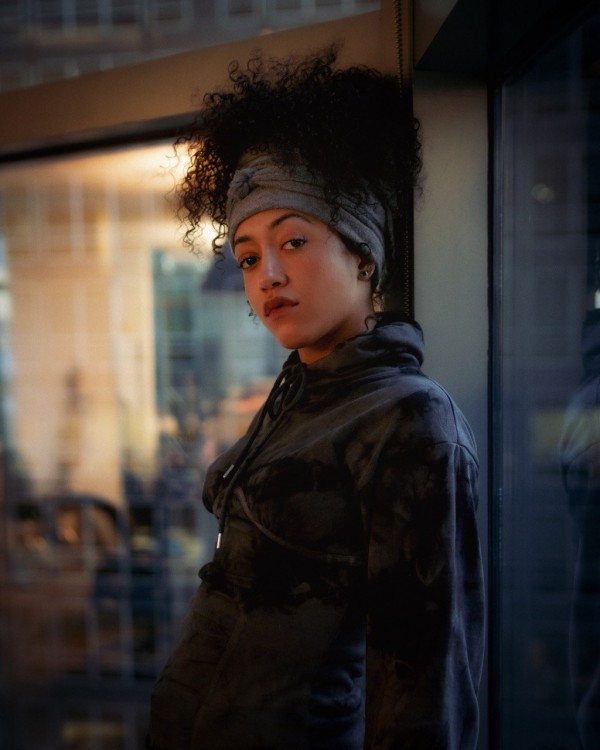 Enstarz: What was the spark that inspired you to write Baby Powder?

Jenevieve: It was me and the guy that produced it, John Benz... I remember he was like, "We're going to call this Baby Powder...let's talk about how dry a guy makes you." I was like, "Oh, I got the perfect song." I had a couple of lyrics from an old song that I really wasn't feeling the beat to, and I just put it up and it worked on there.

Enstarz: Have you found that in today industry it's been harder to get where you are now without a massive social media presence or has that really not been a challenge?

Jenevieve: For me, I just want to be myself and I find a lot of people not being themselves and they feel like they have to overdo it and I think that's not right. Iin my opinion -- I mean kudos to you if you want to be a character or whatever, but I feel people really connect to you if you are yourself, and if you're not yourself on social media -- people are gonna always judge you. They're always gonna try to corrupt what you have going on. So that's why I like to tell people to just be themselves. Cause it's not hard at all. You know? And people will love you no matter who you are? So if they don't then fuck them.

We know Jenevieve is going to be the world's next major star! Be sure to check out Division (and leave yourself enough time to listen through one thousand times. We know you'll want to!)

Tags: Jenevieve
© 2022 EnStars.com All rights reserved. Do not reproduce without permission.
Most Popular
You May Also Like