"I have always been my sister's biggest supporter."

Jamie Lynn Spears, younger sister to the pop princess Britney Spears, is finally getting a chance to tell her own story. Through the #FreeBritney movement, many stories circulated about the relationship between the two sisters. Many criticized Jamie Lynn Spears for not doing enough to help her sister. In her new tell-all memoir Things I Should've Said and television interview with Good Morning America, the younger Spears remarked that she has only ever felt love for her big sister. "I've always been my sister's biggest supporter." She later passionately remarked, dabbing tears from her eyes, "That love is still there, one hundred percent. I love, I love my sister."

When the conservatorship was desolved, she remarked:

I was happy. First off, I don't understand, when it was put into place, I was a 17-year-old, I was about to have a baby; so, I didn't understand what was happening, nor was I focused on that. I was focused on the fact that I was a 17-year-old about to have a baby. I understood as little about it then as I do now...I took no steps to be a part of it. 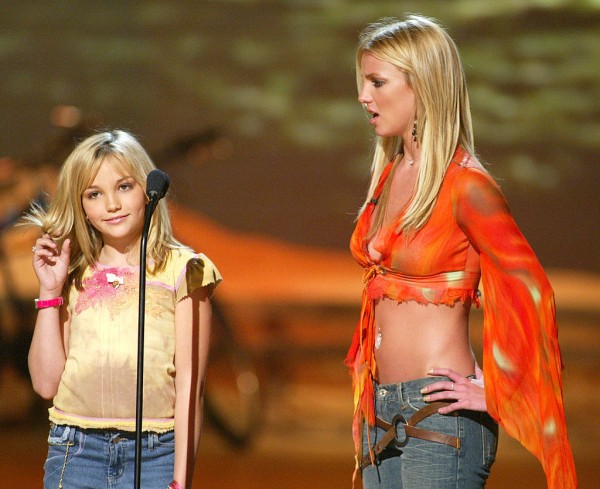 Between the court cases and conservatorship, it can be easy to overlook the fact that Jamie Lynn Spears grew up in the same troubled household with the same father while be subject to the same overbearing pressures of a child star. At the age of 17, when Jamie Lynn Spears was pregnant with her first child, her family and publicity team tried to force her hand on the matter. "I think the easy thing for possibly them would have been like, 'Let's just get this over with and like, you go back to being the perfect little sister because that's your role.'" When asked why she is still so emotionaly over this experience, she tearfully recounted, "Thank God I stood up for myself, like said exactly what I wanted." During the pregnancy, her team eventaully sent her to a remote cabin in the Northeast where she was entirely isolated from the rest of the world.

The entirety of the interview, which can be seen here, continues to illustrate the strengh that the famous younger sister has had to demonstrate over all of these years.

Tags: Jamie Lynn Spears Things I Should've Said
© 2022 EnStars.com All rights reserved. Do not reproduce without permission.
Most Popular
You May Also Like

Britney Spears will tell it how it is in a tell-all memoir.

Britney Spears is no longer under the conservatorship that had dominated her life for the previous 13 years, but her feud with her father has escalated to new heights.

Alexa Nikolas has also butted in on slamming Jamie Lynn Spears for her alleged lies from her new memoir, "Things I Should Have Said."

Jamie Lynn Spears Book 'Things I Should Have Said' Released: Will This Save Her Bond with Britney Spears?

"Things I Should Have Said," a book by Jamie Lynn Spears, has been released.

Britney Spears did not stop as she has once again came after her sister Jamie Lynn calling her "a scum."

It appears that many in her circle agree that Jamie Lynn Spears is not to be trusted, and neither is her newly leaked book.

Britney Spears has recently gone after her younger sister Jamie Lynn Spears once again after posting a lengthy Twitter post on Thursday, January 13.

The pop star may have just made the first step on getting away from her family bit by bit starting with her younger sibling.