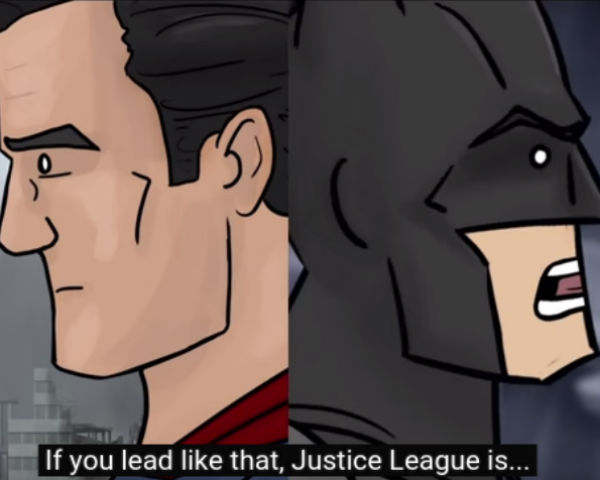 So is THIS what we can expect when Batman vs. Superman is finally released?

If so...Batman (aka Batastrophe) has some powerful friends on his side when he faces off against Superman...like Alfred the Great (Alfred of course), The Scoundrel (Harrison Ford as Han Solo), Hocus Pocus (Harry Potter), Barber Shop (Edward Scissorhands) and GrandMaster Beardfist (CHUCK FREAKING NORRIS), just to name a few.

Superman should probably just give up now...because all he has on his side are other DC Heros like Green Lantern, Wonder Woman and The Flash.

(and meanwhile, as they battle it out, villain who look suspiciously like Lord Voldemort, Loki and Mark Zuckerburg are making millions).