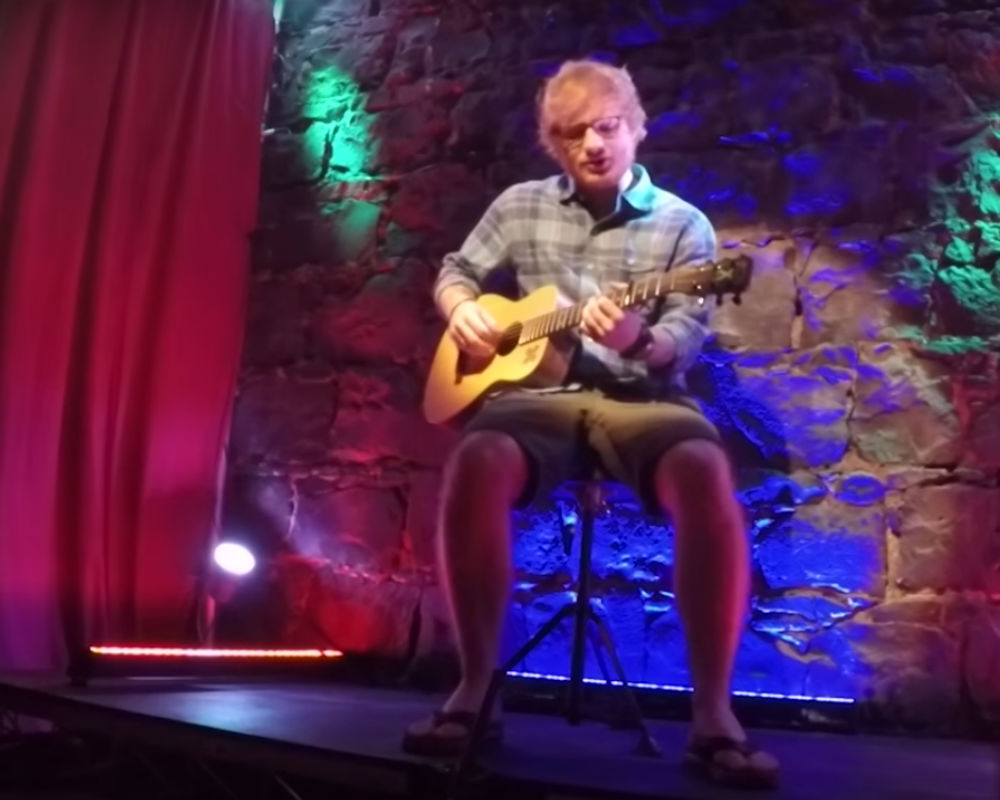 The phrase "peep show" is kind of synonymous with pornography and strip teases, but it can actually mean much more than that…at least according to Australian comedy duo Hamish & Andy. The two discovered that the term's definition isn't limited to lewd content and decided to set up a little experiment.

They enlisted the help of English singer-songwriter Ed Sheeran, who's responsible for all those catchy deeply lyrical pop songs (often performed with an acoustic guitar) that haven't been able to get out of your head for the past year and half (he's also BFFs with Taylor Swift). Sheeran agree to hang out in a dingy performance space, behind a curtain, and play for anyone who shelled out two bucks. Of course, that meant that Hamish & Andy had to convince people that there was a genuine Ed Sheeran show to watch.

Surprisingly, it was kind of hard to convince people to come in for a concert, but once they did agree to...well, you can just watch to see their reactions.