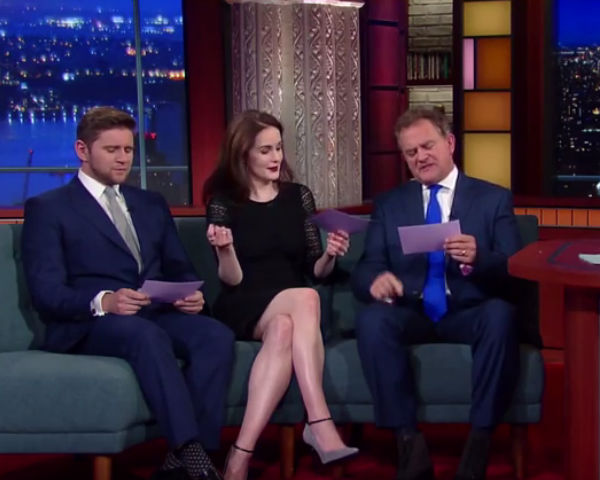 What would Downton Abbey be without its signature British-ness?

Well, Stephen Colbert dared to ask the visiting cast members, what if the series was filmed all in American accents?

On Wednesday night, The Tonight Show host welcomed Allen Leech, Michelle Dockery and Hugh Bonneville to try out a more casual, american accent read of some of the show's lines - well, guess what? The actors happily granted the host's request.

See the bizarre video below.

The final season of the amazing British series begins on Jan. 3 in the U.S.