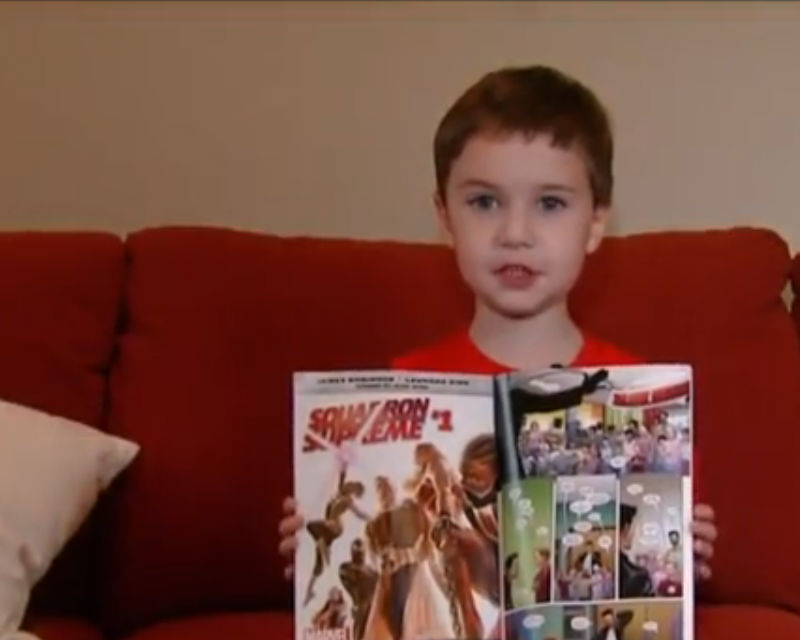 An adorable boy named Max got a surprising twist to his life when Marvel decided to include him in the famous Iron Man comics.

Not only did he appeared in the comics, his character was also a superhero wearing the famous metal suit, and battling bad guys alongside Iron Man.

This was a memorable moment for Max because he is a big fan of the said superhero. He is also suffering from a genetic disease called hemophilia, and this surprise surely mad Max's life happier.

Max, who is also known as "Iron Max," has been a good boy because he and his sister have raised funds for the Children's Hospital of Philadelphia by selling their created calendars to the neighborhood.

This heartwarming surprise is a reward for Max, who has done good deeds in his life even though he is suffering from an unfortunate illness.

Watch the inspiring video below.