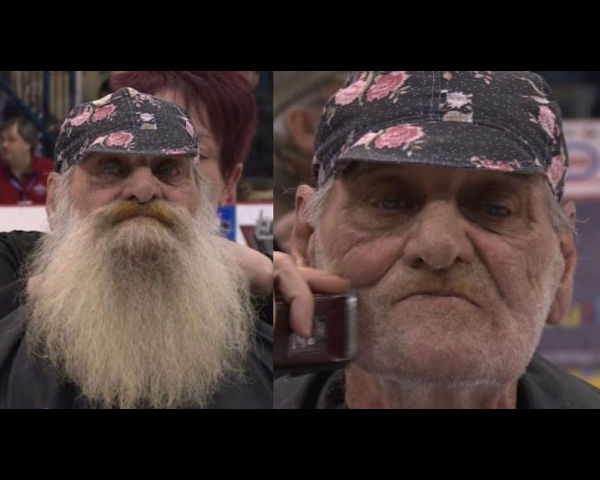 What made Ralph "Boonie" Lethbridge changed his mind after 39 years? It must have been one the toughest decision he made in his entire life.

For decades, Christmas tree seller Ralph "Boonie" Lethbridge has never shaven and his family has never seen him without a beard.

The idea scared him, but it didn't stopped him. Not even when his wife said he didn't look like the man she married.

Bonnie, took the courage of shaving his beard off when he lost 3 friends to ALS, also known as Lou Gehrig's disease.

ALS is a disease that effects nerves cells in the brain and the spinal chord that slowly causes muscles in the body to waste away, eventually causing death.

This encouraged Bonnie to raise awareness and started a fundraising with a goal of $5,000 by shaving his beard off.

In the process, Bonnie is seen in the video emotional as his beard was slowly cut and then shaved off.