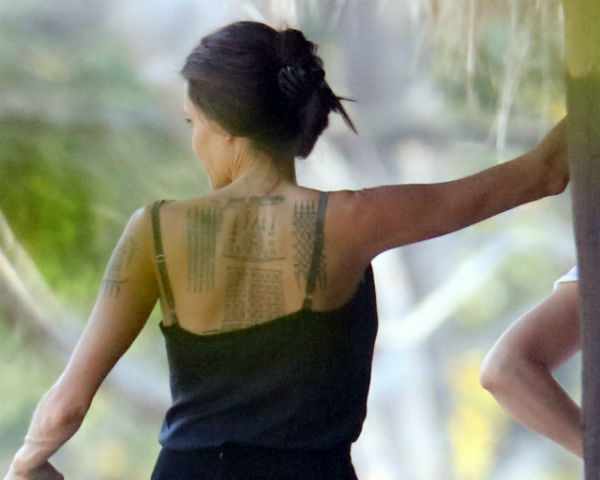 The actress-turned-director is no stranger to getting inked. She was recently spotted with not one, but three new large tattoos while working on her upcoming film, First They Killed My Father, in Cambodia.

The designs appeared to be in the yantra (or sak yant) tattoo style, a traditional Buddhist form of body art that originated in Southeast Asia. The designs at the top and upper right symbolize Buddhist blessings for peace, love and prosperous life.Yantra tattoos are typical hand-etched by Buddhist monks and special ruesi practitioners, requiring meticulous skill.

Jolie has spent the last couple of months in Cambodia directing First They Killed My Father for Netlix, a story about a woman's survival in Cambodia. The country holds a special place in Angelina's heart. Check out the video below to see Oscar-winning actress's new ink.