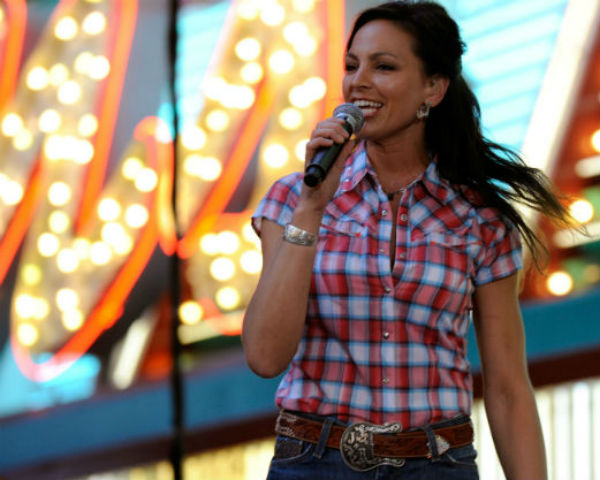 The country singer Joey Feek manages to stay strong despite her terminal cancer illness as two major milestones await her. As she hopes to be present and see biggest events in her life happening within next week.

Joey Feek’s husband Rory shared a snap of her wife sitting in her hospice bed and staring at the window at the sun and snow on Thursday, and saying that she has been listening to their latest album Hymns 'Pass Me Not, O Gentle Savior' on the piano by their friend and gospel singer Bill Gaither.

According to DailyMail, Joey said when she was first received her terminal diagnosis that she hoped to live to see her daughter Indiana, who has Down's syndrome, celebrate her second birthday.

She then added to that in December when she learned that she and Rory had been nominated for their first Grammy, and that the ceremony would take place just a few days before her daughter's big day.

As we all are aware of Grammy Awards will be on Monday and their adorable baby Indiana will turn two by Wednesday.

Meanwhile, the Grammy nominated duo Joey + Rory is still keeping their hopes alive. As the country crooner posted on his blog, This Life I Live, wrote about how close his wife had become in these final days - and how close they have always been since they first met.

'My wife will tell you… I really do believe in magic. Not the kind with cards tricks or rabbits being pulled out of hats, but the kind that God does – where He brings something out of you and your life that you never-in-a-million-years thought was possible...', writes Rory.

'Like our beautiful marriage… or our music career… or the greatest magic of all in our lives… our little Indiana", he continued. "She’s the most precious addition that God has given us."