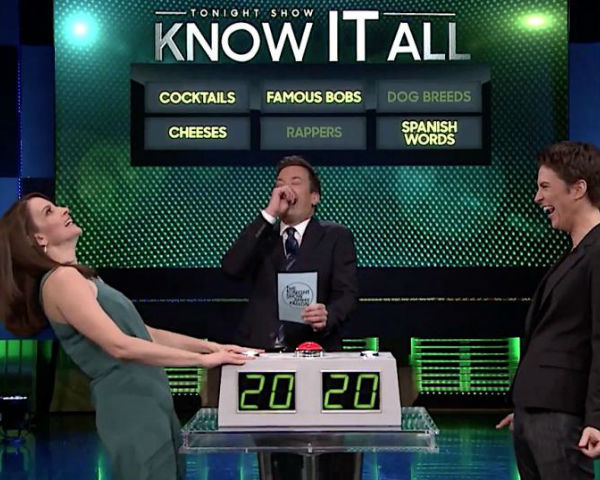 Whiskey Tango Foxtrot, Tina Fey’s latest movie, features her as a journalist embedded in Afghanistan. On Wednesday night, in a game that comes free with every Tonight Show appearance made Fey play against real-life journalist Rachel Maddow. The game, “Know It All,” gave the contestants a category and required them to go back and forth naming as many things in that category that they knew.

The first category was dogs, and Fey eventually fell after saying “weiner dog,” the casual term for “dachshund.” Fey had her pick of the next category and chose rappers, while wondering loudly - “Why did I do that to myself?.” Though, it turned out well for her. Maddow attempted to call her out again for saying “Snow,” but no, Snow is in fact the name of a rapper. “I didn’t say he was a good rapper,” Fey said.

See the hilarious battle on the video below.