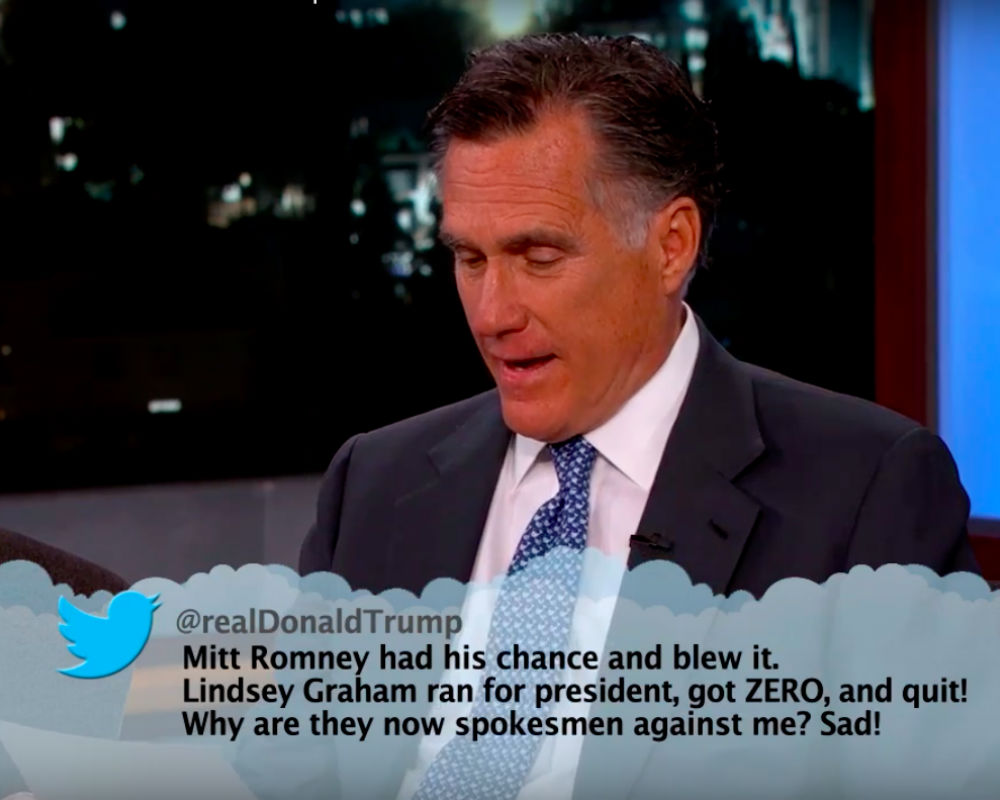 When former Presidential candidate Mitt Romney appeared on Jimmy Kimmel Live!, he had the very difficult task of reading mean tweets from Donald Trump and his supporters.

At first, we thought that Romney would lose his cool because these tweets were some of the meanest messages in the Internet. He also encountered a tweet from Donald Trump which said that "he had his chance and blew it."

However, the 68-year-old politician proved that he has the sharp wit to counter all those who were mocking him. In the end, Romney had the last laugh against Trump.