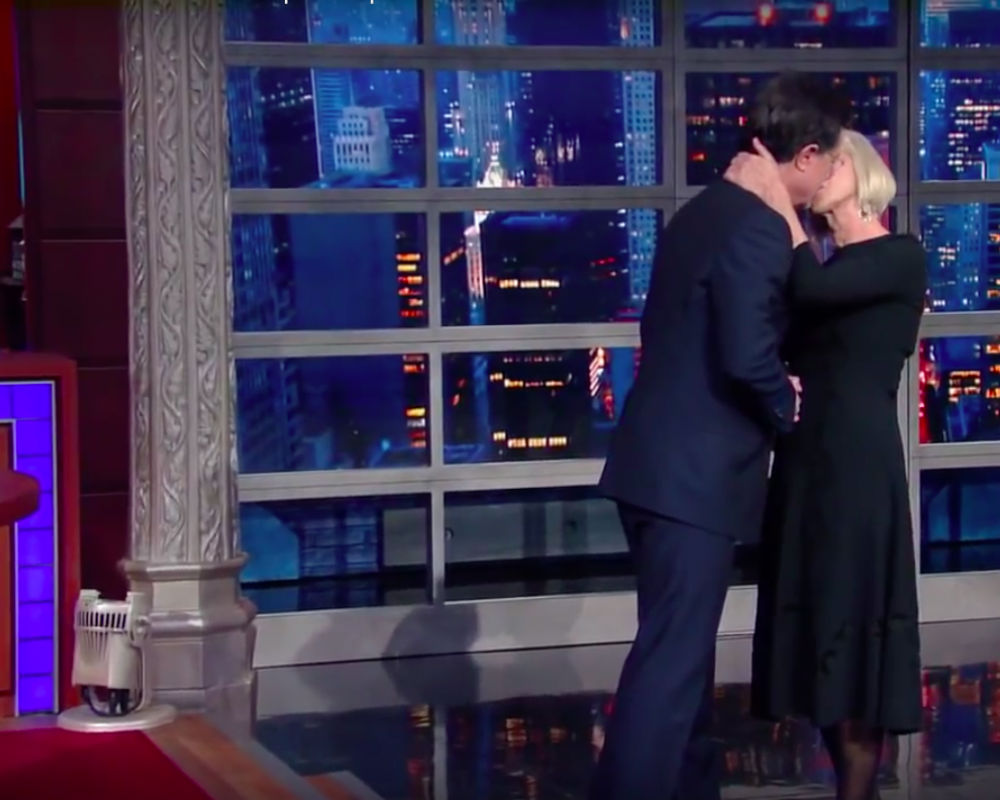 Hellen Mirren certainly left Stephen Colbert speechless after she did this very surprising sweet move on the TV host.

During Mirren's appearance on The Late Show with Stephen Colbert, she greeted Colbert in the most romantic way by planting a big kiss on his lips. After the beautiful actress' move, the TV host did not utter a single word nor move in the place where he was kissed.

Concerning the romantic move, the 70-year-old actress explained that she had to take the chance because she might not be able to do it again. Meanwhile, Colbert seemed like he was still trying to get his poise back while interviewing the actress.

Watch the sweet moment below.