The usurper met his end at the tip of Lagertha's (Katheryn Winnick) knife in "Promised," and while he's most definitely moved on to Valhalla, that doesn't mean the rightful Earl of Hedeby won't experience some regret in the wake of his death. After all, the pair did share a romantic bond, even if Lagertha was plotting Kalf's (Ben Robson) death from the moment he stole her earldom.

" There is such a chemistry; it wasn't a sort of brutal way of being killed, it was very intimate in the way that it was done. It was done on the wedding day within an embrace. There were feelings," Robson informed The Hollywood Reporter. "To be someone's second in command and in someone's private quarters is a very privileged place to be. They knew each other very intimately...There was a mutual understanding and love towards each other."

Just as Athelstan returned in a dream, Kalf could do he same. While Robson's character certainly share as profound a bond as Ragnar and the monk, the actor concedes that there is still a chance his Norseman could pop up at some point in the future.

"It just depends on where Michael is going with it and if we find out how Lagertha really felt about Kalf after the whole wedding thing," Robson said of his untimely demise. "There might be a mourning process into how she feels or there might not be. It's a relationship in which they've known each other a long time, so it's to be expected."

In the meantime, the story will turn towards Frankia in episode 6 (see video below). Titled "What Might Have Been," the upcoming hour will see Ragnar (Travis Fimmel) move on Paris once more. This time, however, he will not only have to contend with the city's famed walls. Rollo (Clive Standen), his traitorous brother, has pledged his loyalty to his new country, and you can be sure the Seine will run red with blood before the Lothbrok brothers have finished with each other.

Catch Vikings Thursdays at 10 p.m. ET on the History Channel. 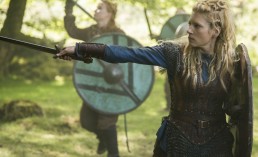 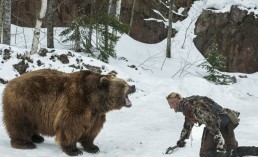