Flash fans should brace for a pulse-pounding run up to the season 2 finale.

Grant Gustin (Barry) took a look through the episode 22 script on Sunday, and the penultimate hour left even the fastest man alive short of breath. If the Scarlet Speedster is impressed, we're sure we'll be biting out nails straight through the tag scene.

Oh shit. Just finished reading episode 2-22 for the first time. You guys. I'm so sorry. I'm gonna take a sec for my heart rate to settle...

Well, now we don't know whether to be more psyched or terrified. With all the mysteries the STAR Labs team has to solve before the finale - learning who Zoom is, getting back to Earth-2, liberating the Man in the Iron Mask, and finding a way to increase Barry's speed - it sounds like every episode from now to the finale will be jammed packed with tension, high stakes, and dangerous reveals.

Currently, the cast is filming for an untitled episode 21. Geek aficionado Kevin Smith is at the helm, and Silent Bob has promised that at least one scene "will break your heart and speed-force it back together again in that way only The Flash can."

While we wait anxiously for eps 21 and 22, there is plenty to watch in the meantime. The Flash will return to The CW this Tuesday with "Trajectory," during which Barry and Co. will have to put Zoom (Teddy Sears) on the backburner when a kleptomaniac speedster drops by Central City. Then, on March 28, the Flash will hop to an alternate dimension before running into Kara Danvers (Melissa Benoist) on Supergirl. The next day, fans will be treated to a trip down memory lane when Barry goes back in time to season 1 during "Flash Back."

Are you ready? Catch The Flash Tuesdays at 8 p.m. ET on The CW. 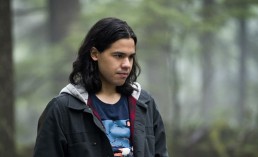 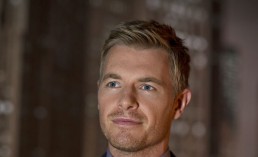