By this point, we've probably seen every form of "Never Trump" activism against the Donald and his supporters. But now, someone is actually taking on the leading GOP candidate and his fervent supports with his most famous assocation: real estate.

Meet Mark Holmes, a resident and home owner of Grand Junction, Colorado. Holmes is currently looking for a tenant to take over the two-bedroom apartment that's part of his house. But he's refusing to rent to anyone that's planning on voting for the mogul/celebrity's presidential campaign.

"If voting for Donald Trump, do not call," reads the ad placed by Holmes (but don't worry, dog are cool as long as they "have references as good as yours.").

“I don’t want anybody that even thinks that Donald Trump can be a good president to live in my home," Holmes told The Daily Sentinel, when they interviewed him about the ad.

And if you're thinking that political restriction like that for a tenant violates any sort of housing law, it doesn't. The Daily Sentinel checked with the U.S. Department of Housing and Urban Development, a spokesman for which said the ad "has nothing to do with the Fair Housing Act.” Although, they did note the ad "seems to be a first, and it’s original.”

For Holmes, a man with a long history of activism that runs all the way back to the Vietnam war, the political demonstrating won't end just whoever signs a lease with him. He's looking to recruit like-minded folks willing to "get their fingernails dirty" and take on causes (not just Trump).

“I want to pick people who don’t mind spending a night in jail during a Gandhi-type of protest,” he told The Daily Sentinel.

We hope someone in his new group suggests taking landlords that demand references for dogs. That's just ridiculous. 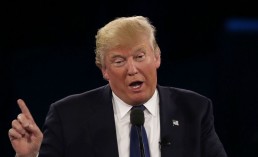 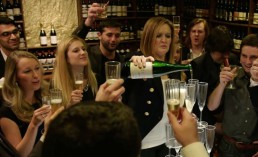