Almost since he announced his presidential run, there have been a lot of comparisons made between Donald Trump and Hitler. It's a pretty standard rebuke for any politician these days, no matter where they stand on the political spectrum. But the insanity that you'd find at a Trump campaign rally is making the analogy seem more and more apt.

The violence and fervor of Trump events is big news. The celebrity real estate mogul-turned-candidate's remarks and overall tone have made a him a magnet for both extremist supporters and passionate protestors. And when those two groups mix in at an event, things can ugly.

The most recent notable incident was when a Trump supporter elbowed a protester as he was being escorted out of a rally at in North Carolina on Wednesday. The assailant was eventually arrested, but not before he told Inside Edition that the next time he saw the protester "we might have to kill him."

At the same rally, another attendee, who claims he was not there to protest but was detained by cops anyway, was slapped by a supporter as he was being escorted out.

And this was within 24-hours of an alleged incident at an event in Florida, in which a reporter for Breitbart, Michelle Fields, claims that Trump's campaign manager Corey Lewandowski grabbed her arm and yanked hard enough to bruise and almost knock her to the ground.

Before THAT, during a rally on Super Tuesday in Kentucky, supporters took turns shoving a protester to get her to leave AND a mother and daughter alleged they were assaulted as well.

The incidents have inspired a bunch of think pieces. The New York Times wrote about the "riskiness" of protesting a Trump rally, while Vanity Fair and CNN Money both ran headlines declaring the rallies "increasingly violent."

But Trump campaign rallies aren't suddenly getting violent or insane--they have always been.

Back in October, a rally in Richmond, VA broke out into a bit of a brawl between protesters and supporters. One supporter was even filmed spitting into the face of a protester.

That same month, a supporter was caught on film forcibly dragging an immigration rights activist to the ground.

In November, a Black Lives Matter activist was swarmed by rally attendees who hit, kicked and choked him.

In December, a supporter yelled "Light the motherf**ker on fire!" as a protester was restrained and dragged away by security.

And about ten minutes into the Trump rally, this happens. pic.twitter.com/65pXHjsJ3x — McKay Coppins (@mckaycoppins) December 15, 2015

And in January, Trump supporters got rough against attendees simply holding up protest signs.

This excess of force isn't just being used against anti-Trump demonstrators; it's happening to journalists, too. Aside from Lewandowski's alleged takedown of Fields, a photographer for TIME magazine was choked and slammed to the ground by a Secret Service Agent after arguing about where he could stand.

Here's moments prior. The reporter says "f*ck you" — that's when it got physical pic.twitter.com/h9K2wIbEWQ — Joe Perticone (@JoePerticone) February 29, 2016

Time photog Chris Morris tells me how he was grabbed and taken down at Trump rally pic.twitter.com/XKDJarpXda — Jim Acosta (@Acosta) February 29, 2016

It's not a surprising turn for the campaign, which has been notoriously difficult on reporters--a profession Trump often makes a point of slamming.

But here's the thing--and why I mentioned the Hitler comparison all the way at the top--Trump's rhetoric and behavior is what seems to be fueling the violent atmosphere at the rallies.

It seems to go like this: Trump will get on stage and start making a speech, a demonstrator or two will interrupt, and he'll call for someone to "take care of" them and "get them out," at which point security, supporters or both will restrain and remove them. And this will repeat throughout the event.

Trump pretty much encourages viciousness against protesters and praises supporters who step up.

He ordered security to take demonstrators' coats and "throw them out in the cold" during a January rally in Vermont.

He brought supporters up on stage to commend them for dragging out a protester.

As one demonstrator was being led out of a rally in Las Vegas, he told the crowd, "You know what they used to do to guys like that when they were in a place like this? They'd be carried out on a stretcher," further saying that he'd "like to punch that guy in the face."

Just today, when asked about the events from earlier this week, Trump claimed it was the protesters who are violent first (a point of contention for some) and said, "I thought it was very, very appropriate. He was swinging. He was hitting people. And the audience hit back. And that's what we need a little bit more of."

The environment that Trump cultivates for his events--festishizing force, rewarding brutality and clearly labeling his enemies (protesters and reporters)--originally only inflamed eager supporters. But now his campaign manager (a professional) supposedly assaulted a journalist from a friendly media outlet for something as minor pushing to ask questions, a secret service agent (someone who you'd think is trained more than anyone to keep their cool) attacked a photographer over a verbal spat and law enforcement officers let supporters hit protesters without arrest.

That's what's really worrying. Because now Trump's rallies aren't just getting more violent; the people who weren't initially seduced by the frenzy are joining in. 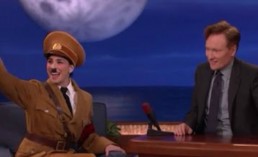 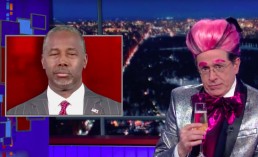 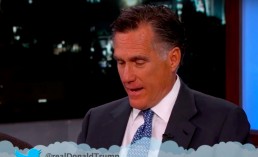