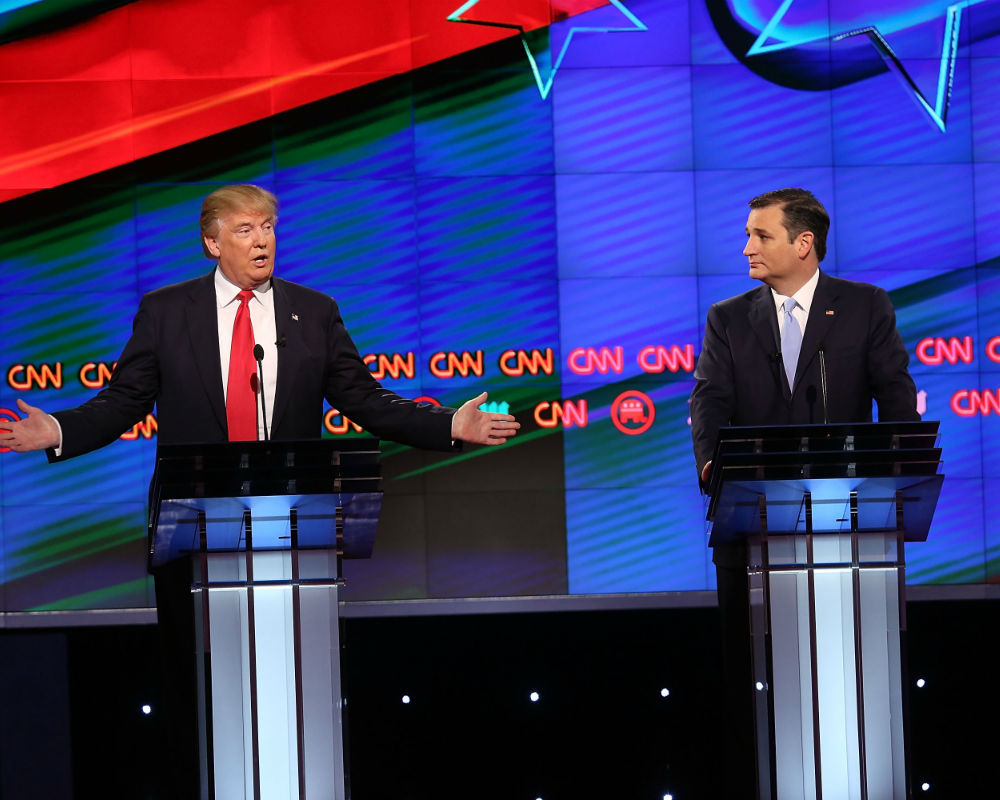 Republican rivals Donald Trump and Ted Cruz had a heated exchange about their wives and it got pretty ugly.

It all started when an Anti-Trump ad emerged which showed a nude picture of Melania Trump. Then, a meme which said that "Meet Melania Trump, your next first lady, or you could support Ted Cruz on Tuesday" made its rounds on the Internet. Thinking that Cruz was the one who released the picture, Trump used his Twitter account to call Cruz as "Lyin Ted" and to threaten Heidi Cruz. The Senator from Texas responded by saying that Trump is "coward" and "classless" while insisting that he was not responsible in releasing the nude picture.

However, Trump still believes that his rival was the one who was responsible for the leaked photo.