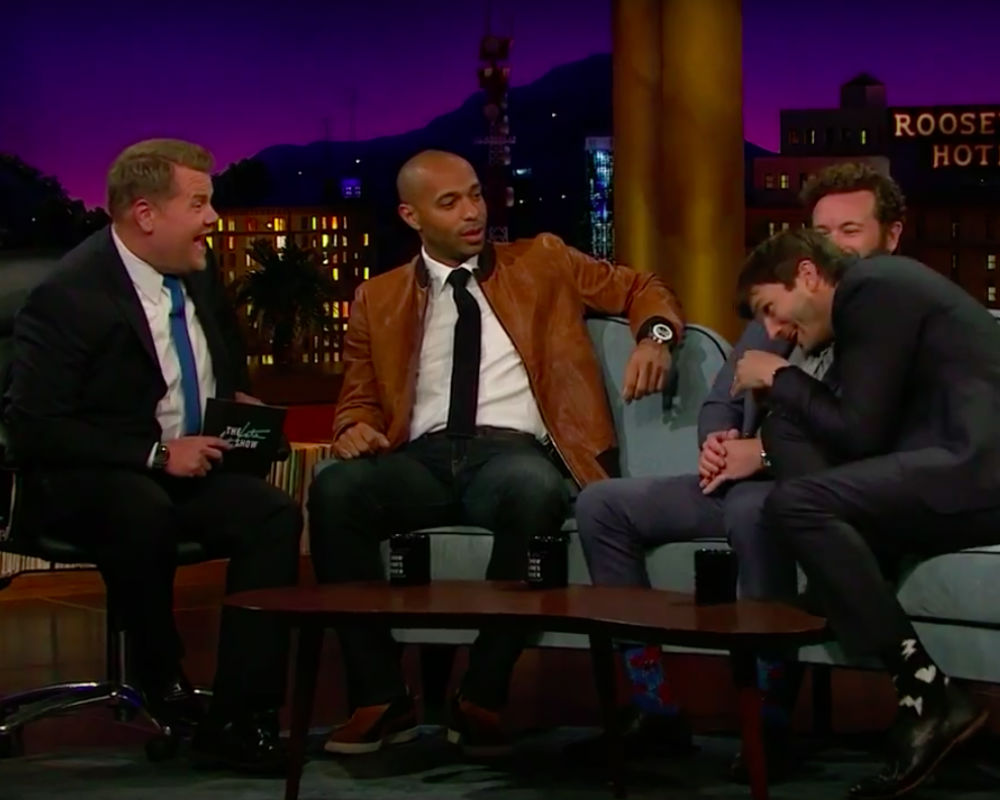 Drake's reputation took quite a hit when Ashton Kutcher told a hilarious story about the Canadian rapper in this episode of The Late Late Show with James Corden.

Kutcher recalled that they did an earthquake prank on the rapper when they were in a car. As soon as they rattled the car, Drake reacted by jumping into his friend's lap while doing a fetal pose.

The 38-year-old actor said that it was one of his favorite moments. On the other hand, we don't know if it's Drake's favorite as well.