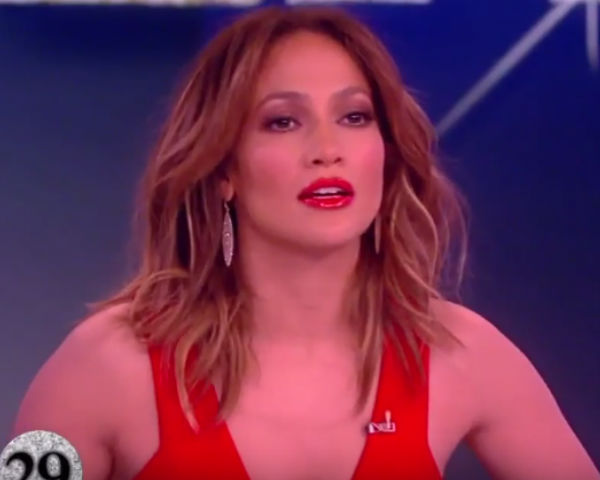 Jennifer Lopez looks stunning in all white while appearing on American Idol‘s live show on Thursday, Mar. 31 in LA.

The 46-year-old singer’s pre-recorded interview on The View aired earlier that day and she unnerved the hosts when she called herself “chunky” while looking at some old photos of herself.

When a guest co-host said, “I gotta tell you, your body isn’t fair,” Jennifer responded by pointing out a photo on the screen and saying, “I was a little bit on the chunky side there.”

Jennifer's statement caused host Raven Symone to exclaim “What?!” and walk away from the table. Whoopi Goldberg stood up and said, “Do we need to show you what chunky looks like?!”

“That wasn’t what I meant,” Jennifer added.

Watch what happened on the video below.