More details have been released about the estate of Bobbi Kristina Brown’s lawsuit against her grandmother, Cissy Houston, and aunt Pat Houston.

While it was public knowledge that the estate is suing the two women because they haven’t been paying her bills with her leftover assets, it looks like one debt that is sticking out is the estate’s $10 million lawsuit wrongful death lawsuit against Bobbi Kristina’s longtime boyfriend, Nick Gordon.

Apparently the Houston ladies don’t think Bobbi Kristina’s money should be spent on that drama, especially because her father, Bobby Brown, is possibly the one behind the lawsuit, as he is the only one who had the authority to file it, not the estate operator Bedelia Hargrove, contrary to reports.

The Houstons said in court documents obtained by Bossip Thursday that they wouldn’t give anyone the green light to file the papers against Gordon.

They said in part, “It is not the Estate’s best interest to pursue the wrongful death claim against Gordon because the costs of litigation will be prohibitive, the likelihood of obtaining and collecting on a judgment is extremely doubtful, and such an action by Ms. Hargrove will only serve to deplete the estate.”

The estate sued Gordon and blamed him for giving Bobbi Kristina a “toxic cocktail” that allegedly left her unconscious and led her to being found unresponsive in the bathtub of her and Gordon’s home on Jan. 31, 2015.

The Houstons added in their claim, “Ms. Hargrove has improperly and intentionally named the Houstons in their individual capacities, notwithstanding the complete absence in the Petition of any well-pled factual predicate in support thereof.”

Pat and Cissy also insisted that they have been paying Bobbi Kristina’s bills to keep up and maintain her estate.

Bobbi Kristina Brown Death: Aunt Says 'No One Will Have Any Questions' After She Reveals The 'Truth' [VIDEO] 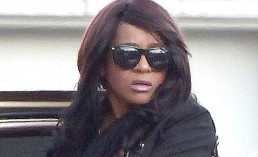 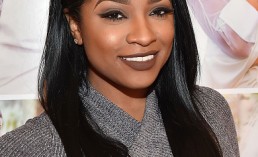