Fans of The Fosters will be happy to hear this piece of news.

On Saturday, the show's Twitter page posted a brief video with series co-creator Peter Paige who gave small teases on what viewers can expect in the fourth season. Not only did he say this would be the "best" season yet, but he said the premiere is "out of control." In fact, he said that twice.

Get ready for the most exiting season yet of #TheFosters this June! #GLAADAwards @ThePeterPaige pic.twitter.com/YxwlVuvjef

There are plenty of big storylines coming up, including what's next for Brandon and Callie now that their secret on their sexual escapade is out. Plus, there's the whole matter of Jude questioning his sexuality after it didn't work out with Connor and then kissing Jack and then kissing Taylor.

In a previous interview with TV Line, Maia Mitchell (Callie ) opened up on the death of Jack and how it's affected members of the family.

"Jude begins a spiritual journey a little bit and considers what happens after death. [He] is much more reflective and internally sad, whereas Callie is gung-ho about it," Mitchell said. "The moms [are] quite interested in how Pearson got another kid in the first place, and they discover that it was through privatization. So their main concern is for Callie and what she's endorsing and that she really understands the full weight of what she's publicly reforming."

The actress also mentioned the status update on Callie's relationship with AJ and how that has yet to be fully whole.

"You see her really try to mend that relationship, but that's not fully resolved," Mitchell revealed. "We're going to have to wait until Season 4 for that one."

The Fosters Season 4 premieres on Monday, June 20 on Freeform. 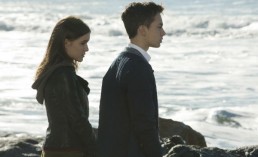 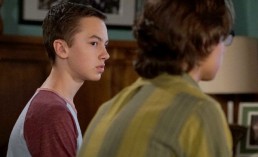 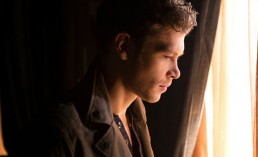 'The Originals' Season 3 Spoilers: Klaus Will 'Always Care' For Caroline, Any Chance Of Future Together? [VIDEO]