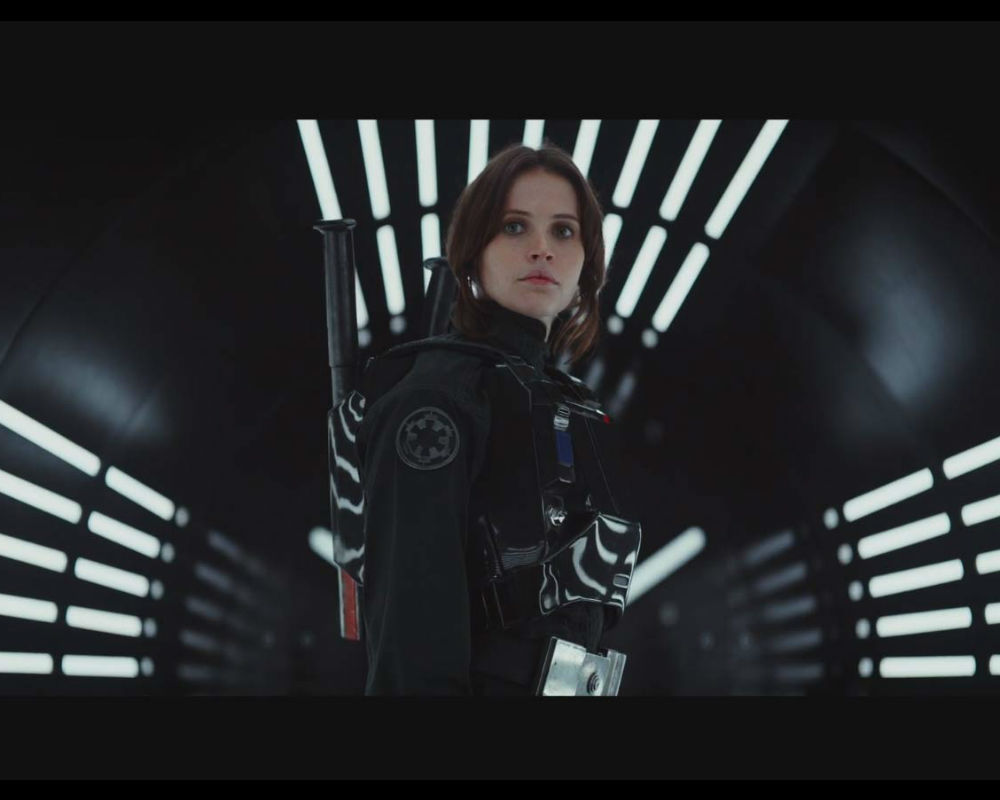 Rogue One: A Star Wars Story, or simply Rogue One, is an upcoming epic space opera film directed by Gareth Edwards and written by Gary Whitta and Chris Weitz, from an idea by visual effects supervisor John Knoll. It will be the first Star Wars Anthology film, a stand-alone story set in the Star Wars universe, and will star Felicity Jones, Diego Luna, Riz Ahmed, Ben Mendelsohn, Donnie Yen, Jiang Wen, Forest Whitaker, Mads Mikkelsen and Alan Tudyk. Set shortly before the events of A New Hope, the story will center on a group of Rebel spies on a mission to steal the plans for the Galactic Empire's new weapon, the Death Star.

The film is produced by Lucasfilm and will be distributed by Walt Disney Studios Motion Pictures. Principal photography began at Elstree Studios, near London during early August 2015. Rogue One will be released on Dec. 16.

Premise: Following the foundation of the Galactic Empire, a wayward band of Rebel fighters come together to carry out a desperate mission: to steal the plans for the Death Star before it can be used to enforce the Emperor's rule.