When can fans expect a third season for The Affair?

That's the big question right now ever since it was announced that the Showtime drama has been renewed for another year.

And luckily, an update has been released from showrunner Sarah Treem.

On Sunday, Treem took to Twitter to answer a fan's question on when the third season will be expected to premiere. She started off by saying that she knew there was something she had forgotten about...but then revealed that it'll likely happen a bit later than expected.

Oh shoot. I knew I was forgetting something ... https://t.co/piCjKxunbw

1:2 -In all seriousness we normally premiere in early fall but I just had a baby so Showtime agreed to push us a bit https://t.co/piCjKxunbw — Sarah Treem (@SarahTreem) April 10, 2016

Even though viewers are going to have to be extra patient for the third season, Treem mentioned how glad she is that a network is willing to work around her maternity schedule.

2:2- which may be frustrating but I am incredibly grateful for their decision in an industry that is usually indifferent to maternity leave.

Meanwhile, there was some recent speculation that Scotty might make an appearance in a future episode of the Showtime drama despite the fact that his character already died. But in a recent report from Digital Spy, Colin Donnell, who plays Scotty, revealed that there is no guarantee of showing up again at this point.

"I haven't had any discussions, but they do certainly play with time a bit over there," Donnell said. "As far as I know right now, Scotty is very much dead...and I think the car crash was pretty good evidence of that!"

The actor currently stars on Chicago Med, which has a different schedule compared to his work on The Affair.

"There were quite a few seven-day weeks in there," Donnell said. "But I certainly feel zero room to complain. It feels like a huge blessing to be able to be a part of two successful series and get to play two very different characters." 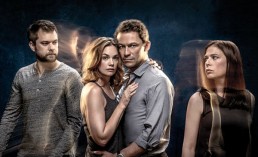 'The Affair' Season 3 Spoilers: Is The Series Going To Be Back For A Third Year? [VIDEO] 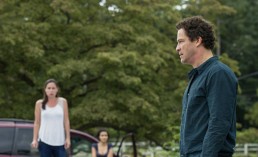 'The Affair' Season 2 Spoilers: Noah Might Go Back To Helen As Alison Struggles With Keeping Secrets? [VIDEO] 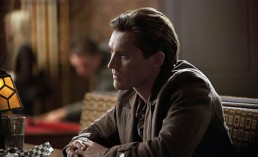 'The Originals' Season 3 Spoilers: How Many More Characters Are Going To Die Before Finale? [VIDEO]