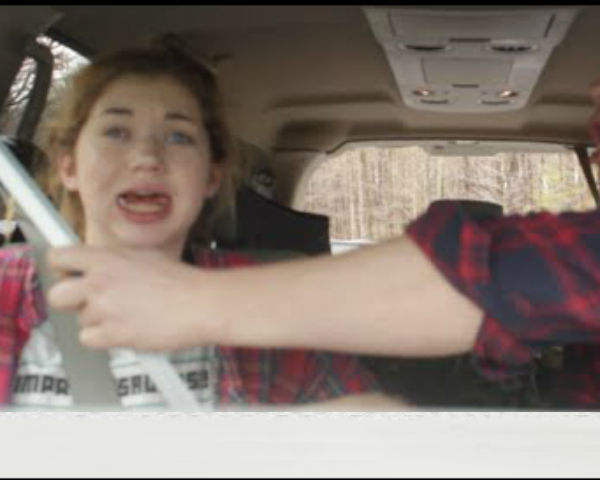 People are generally known to be hilarious and do crazy things while under the influence of drugs after geetting their wisdom teeth pulled--and these two brothers decided after their sister's surgery was the perfect time to convince her of a zombie apocalypse.

After taking her home following the surgery, the brothers played a fake emergency announcement in the car that announced an outbreak, and then hilariously tried to convince her the only tool available for her to protect herself was something that would help her grab a zombie but not cause much damage and kill a threat--and also try to get her to decide on a very important issue--which cake mix they should take with them as they tried to flee to Mexico.

After their sister got her wisdom teeth pulled, these brothers decided to have some fun with her while she was still under the influence of drugs and convince her that the zombie apocalypse has happened (Youtube Screen Capture)