Outlander's Jamie and Claire are not in Scotland anymore, Toto. Paris is a brave new world for the couple, but a familiar face might make the sprawling metropolis uncomfortably small when the Highlander enters the glitzy world of the French nobility.

No matter where Outlander's Jamie (Sam Heughan) goes, there will always be women queuing up to dance with him. (That's the burden of being a gorgeous ginger Highlander, after all.) While it will literally take time and space to rip Claire (Caitriona Balfe) and Jamie apart, a new photo for episode 2 has fans sweating the couple's future (see the image here).

According to Balfe, shippers should take a deep breath; Annalise is no threat to the newlyweds. In fact, she'll actually be able to help them out.

"I think people sometimes like to pit women against each other," the actress told TV Line. "Initially, there may [be] some surprise or interest from Claire of this beautiful young woman who seems to know a lot about Jamie and seems to have a feeling that she has an innate understanding of him."

Despite this, Annalise and Claire's relationship won't devolve into the catfight stereotype TV love so dearly.

"It's kind of nice," Balfe told TV Line at San Deigo Comic-Con. "I think Claire and her sort of bond. It's nice that we have someone from Jamie's past come in and yet the girls can be friends too."

Are you looking forward to the arrival of Ms. de Marillac in "Not In Scotland Anymore"? Find out more when Outlander airs Saturdays at 10 p.m. ET on Starz. Click the video below to see a preview for the series' next episode. 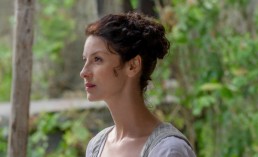 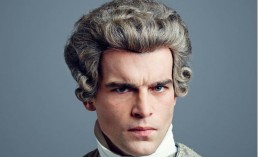 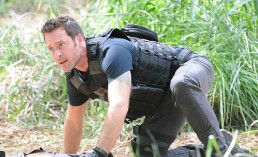