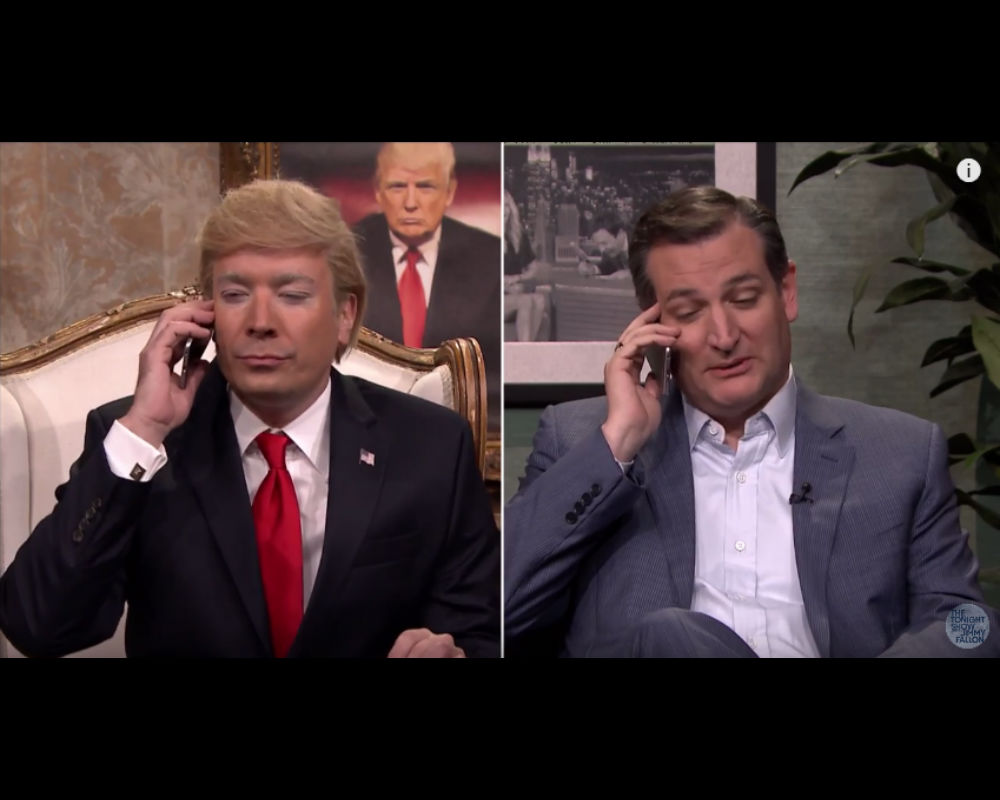 On the recent episode of The Tonight Show, Ted Cruz made an appearance and took a phone call from Jimmy Fallon‘s Donald Trump.

The U.S. Senator clearly seemed very uninterested in all the advice "Trump" was giving him. The politician confronted Cruz on supposedly stealing Colorado. The Senator then patiently explained the system, and Trump suggested that maybe “the people were so high they completely forgot” to vote.