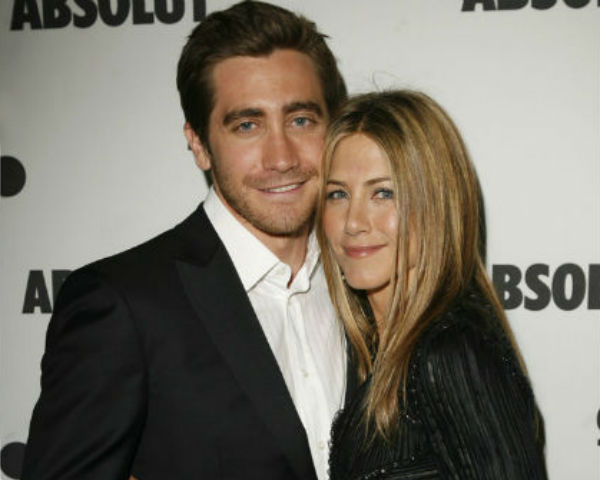 Jake Gyllenhaal has starred with some of Hollywood's biggest actresses throughout his career – everyone from Anne Hathaway to Rene Russo to Rachel McAdams to Natalie Portman to Reese Witherspoon. But it was Jennifer Aniston, Gyllenhaal's costar in The Good Girl, who left the actor almost speechless.

Gyllenhaal was 22 years old when The Good Girl came out, and the film found him playing Aniston's onscreen love interest. "I will say, I had a crush on her for years. And working with her was not easy," Gyllenhaal said of making the film with Aniston. "I was – um, yeah. That's all I'm going to say. It was lovely. It wasn't hard, that's what I would say."

"I know, it's a shame," Aniston said. "He had such potential...And then The Good Girl ruined his career."