Prince's sexualized lyrics and rock 'n' roll energy make it all the more surprising that the music legend was a Jehovah's Witness.

As millions around the world mourn the death of Prince, many are learning that he was a devout Jehovah's Witness. The musician was raised a Christian, a Seventh-day Adventist to be exact, but would ultimately become a Jehovah's Witness in 2001.

"I don't see it really as a conversion. More, you know, it's a realization," he explained to The New Yorker in 2009. "It's like Morpheus and Neo in The Matrix."

As part of the faith, Prince would knock on doors to promote and recruit others to become Jehovah's Witnesses. "Sometimes people act surprised, but mostly they're really cool about it," he said.

His ideas on social issues like gay marriage and abortion trended towards conservative in nature.

"God came to earth and saw people sticking it wherever and doing it with whatever, and he just cleared it all out," Prince said, when asked for his perspective on these social issues. "He was, like, 'Enough.'"

However, he did not fully subscribe to either side of the political aisle, Republican or Democrat, saying that he did not believe either side was truly right.

"So here's how it is: you've got the Republicans, and basically they want to live according to this," he said, referring to the Bible. "But there's the problem of interpretation, and you've got some churches, some people, basically doing things and saying it comes from here, but it doesn't. And then on the opposite end of the spectrum you've got blue, you've got the Democrats, and they're, like, 'You can do whatever you want.' Gay marriage, whatever. But neither of them is right."

Response from people discovering Prince was a Jehovah's Witness has been varied, though many fans seem surprised by the news.

Prince was a Jehovah's Witness.Imagine answering the door in your PJs on a Saturday morning and there he is, shining and purple and grand:D

I always loved that Prince was a Jehovah's Witness who would occasionally go door to door. Imagine getting that knock on your front door.

#Prince was a vegan. A jehovah's witness was his faith. Didn't like celebrating holidays.. Friendly warm yet aware & cautious. Legend.. 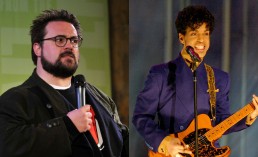 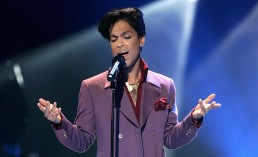 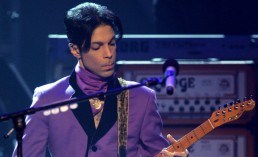