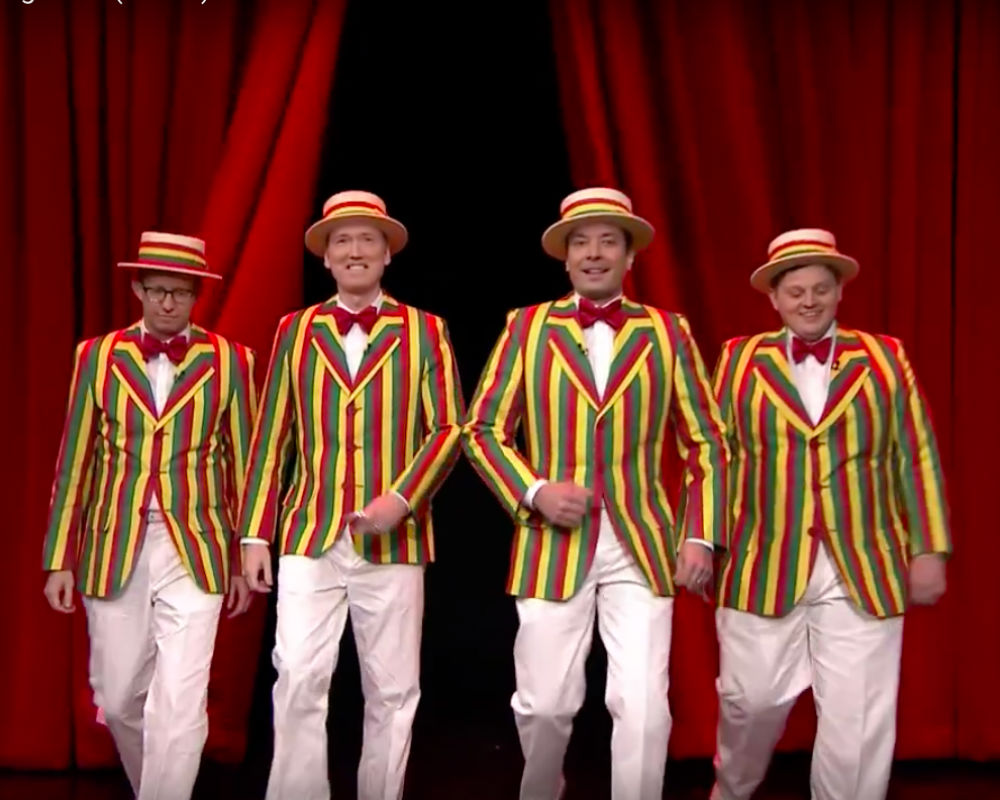 Tonight Show host Jimmy Fallon decided to bring his talent outside his usual late-night show stage when he and his band called "Ragtime Gals" performed at the Le Crocodile Restaurant in Vancouver.

In the video, Fallon, accompanied by his band, sang R.Kelly's Ignition, which was dedicated for Michel Jacob, the restaurant's chef. The quartet's smooth vocals definitely serenaded everyone in the eatery.

Watch Fallon and his band's surprise musical performance below.

Jimmy Fallon and his band recently performed at a Vancouver eatery. (youtube capture)